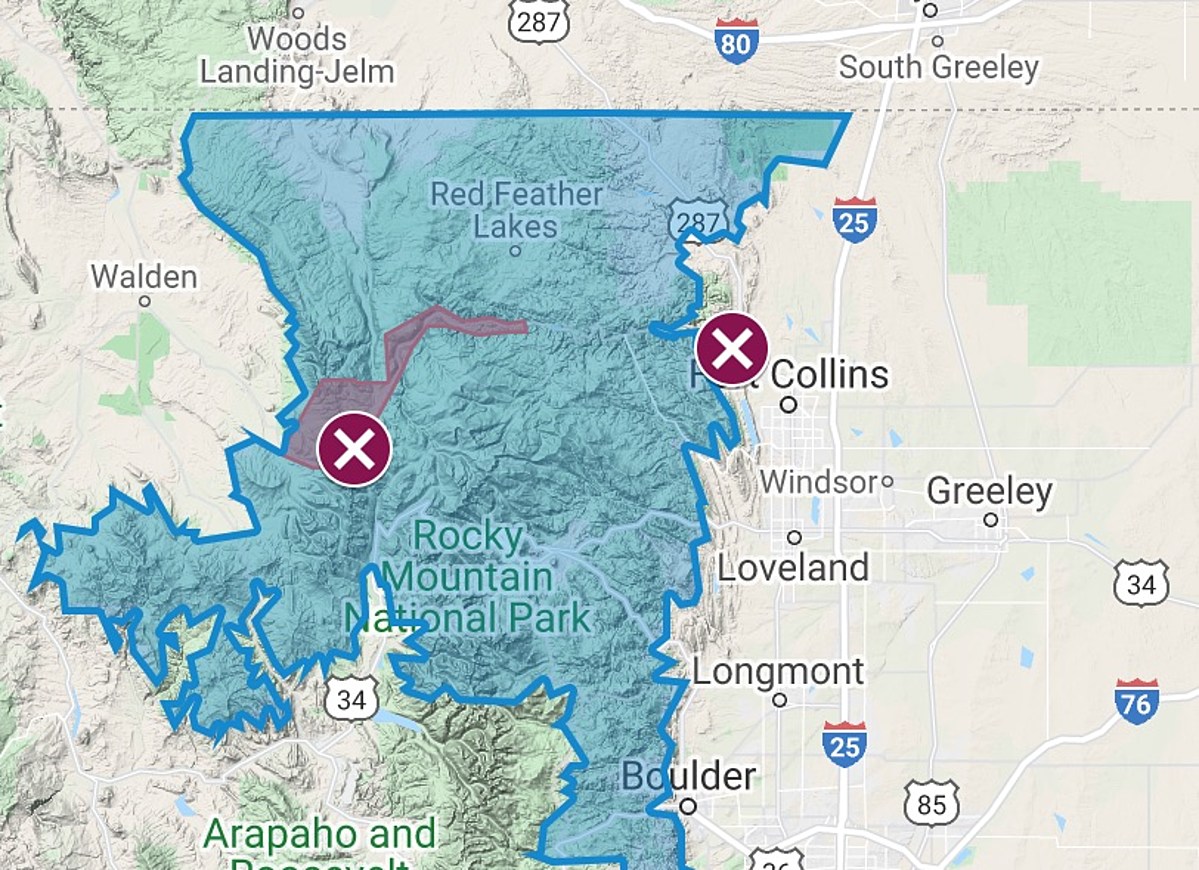 1 dead, 2 missing due to flooding in Poudre Canyon

One person has been confirmed dead and two more are said to be missing following major flooding that swept through Poudre Canyon on Tuesday, July 20, according to a Facebook post from Larimer County Sheriff Justin Smith.

According to Smith’s Facebook post, officials at the Larimer County Sheriff’s Office are working on reports of three people missing from the flooding.

Smith reported that the Larimer County Sheriff’s Office located a deceased victim in the affected area, but teams were unable to recover the body on Tuesday evening. Operations to recover the victim’s body are to resume Wednesday, July 21.

In addition to the only victim whose body has already been found, authorities also believe there may be two other people still missing in Tuesday’s floods.

“Our deepest sympathy goes out to the as yet unidentified victim of this flood and his or her family as well as any other potential victims who have yet to be located,” Smith said in the post.

The first mandatory evacuations from the Larimer County Sheriff’s Office (LCSO) were issued at 7:45 p.m. Tuesday night in a tweet via the LCSO’s Twitter page. The alert warned residents of immediate and imminent danger and ordered them to leave the area as quickly as possible.

Mandatory evacuations at Poudre Canyon were then lifted on Tuesday evening, allowing residents to return to the area.

â€œI have personally witnessed significant debris and damage in the area, caused by felled trees, damaged and destroyed homes and mudslides in the area,â€ Smith said. said in his Facebook post.

According to a Colorado Department of Transportation (CDOT) travel alert, Wednesday, July 21 at 8 a.m., several roads are affected by mudslides and flooding. These routes include:

CO 14 remains closed both ways through Poudre Canyon due to severe flooding and multiple slips. The closure is in place between Rustic (MP 92) and Cameron Pass (MP 66). The CDOT teams hope that the roadway will be open by Wednesday evening. In accordance with the CDOT, motorists must use an alternative route.

On I-70 in Glenwood Canyon, teams work to clear five mudslides and will assess weather conditions throughout the day.

Additionally, a mudslide was reported on the Bair Ranch off-ramp from the westbound lanes. Since there is more than a 30% chance of a Wednesday night watch or flash flood warning for the Grizzly Creek Fire burn area, safety closures will remain in place as needed to keep people safe. motorists.

The closure remains in place at exits 87, 116 and 133, as of Wednesday morning. Motorists are encouraged to use the alternative north route as a detour.

As for CO 133, the road is open at Mile 53 with an alternating taxiway. Motorists are expected to anticipate delays as crews clear up to eight feet of mud from the pavement as three mudslides occurred in the area on Tuesday, July 20.

To view a map of the affected area, click here.

5 things to do in Poudre Canyon

10 things you should never tell someone in Fort Collins