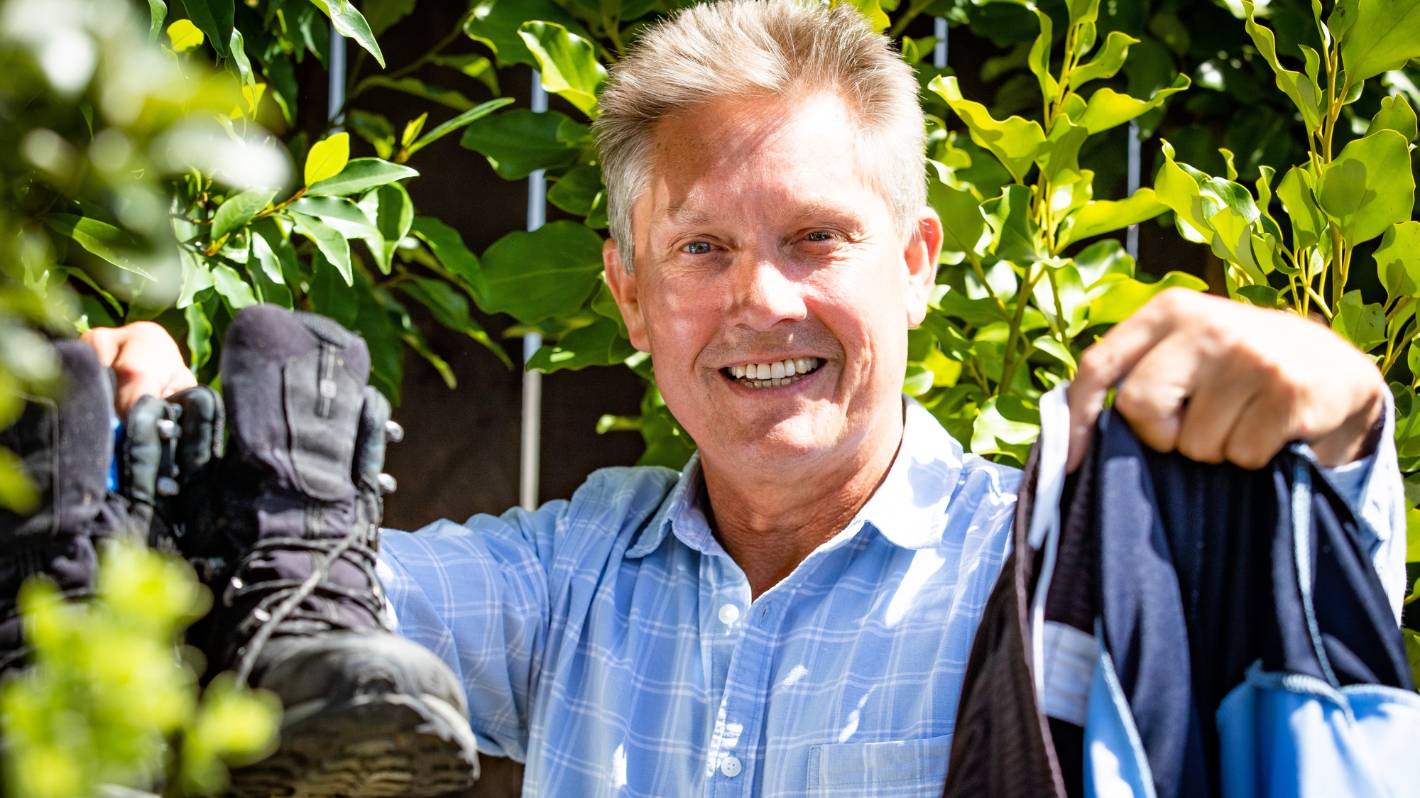 Bryan Vickery feels “lucky” to have made it to Taranaki Maunga after spending a night on the mountain with nothing but what he was wearing and his phone.

A quick hike to Taranaki Maunga turned into a night of shivering in the rain waiting for dawn for a reporter from New Plymouth.

Bryan Vickery, who runs his own media outlet, traveled to the Pyramid Stream earlier this week to capture images of dust that looked like “smoke plumes”.

He wore only hiking boots, shorts and a t-shirt, hat and sunglasses, and carried only his phone in his backpack.

But he got lost, the sun went down, and he had to find a place to try to sleep until he could find his way back to his car the next morning.

Journalist Bryan Vickery went all the way to Taranaki Maunga to get footage of the Pyramid Stream. But, he got lost on the way back and had to spend a night on the mountain.

“I had no food, no water, no estimated arrival time, no one knew I was going to leave,” Vickery said. “I did everything wrong.”

He now warns people venturing into Te Papakura o Taranaki (Egmont National Park) to be prepared for changing conditions, to have food and water on hand and to go with a buddy – even if it’s just a short hike.

“I was very lucky,” he said. “I hope people will learn from this.”

On Wednesday after 4 p.m., Vickery began to ascend the bush track to the Pyramid Stream on the west side of the mountain.

In less than an hour he was at the creek. He then trekked through the “huge riverbed gorge”, crossed by a zigzag stream, for about two to three hours.

“It’s really difficult to get an idea of ​​the distance covered.”

He got a bunch of footage and started going back downstream, that’s when the trouble started.

Vickery, who describes himself as reasonably fit, kept an eye out for the “little orange triangle” that told him where to re-enter the bush track.

In the hours that followed, in search of the marker, he slipped several times in the stream and got “soaked” when he was swept about 10 meters deep.

“I thought god damn it, I’m not going to get out of here.”

Vickery realized he was making dangerous decisions and told a friend he would spend the night up there, but he was “fine and comfortable”.

This friend contacted the police.

When he finally found a place to try and sleep, it started to rain and the next thing he knew he was “shivering”.

He spent the night trying to get warm and even resorted to the fetal position and trying to cover himself in sand.

“When it got light, I realized that I had overshot the entrance by about a kilometer and a half. I thought, I’m just going to go down the current, even if I have to go into the bloody ocean.

He eventually found a cliff he could climb that had a fence at the top, and ended up on “flat farm property”.

Vickery, who has hiked the mountain for decades, walked until he got to the road his car was on, then had to walk about 4km until he came back to his car at 8:30 a.m.

As his friend alerted the police, Senior Constable Vaughan Smith texted Vickery and also left a note on his car, asking him to let him know when he was safe, which ‘really impressed’ him. .

On Friday, Smith said search and rescue hadn’t been too busy with calls to the mountain this summer “yet”.

But, he had a little advice for hikers like Vickery: “Just be aware of the delay.”