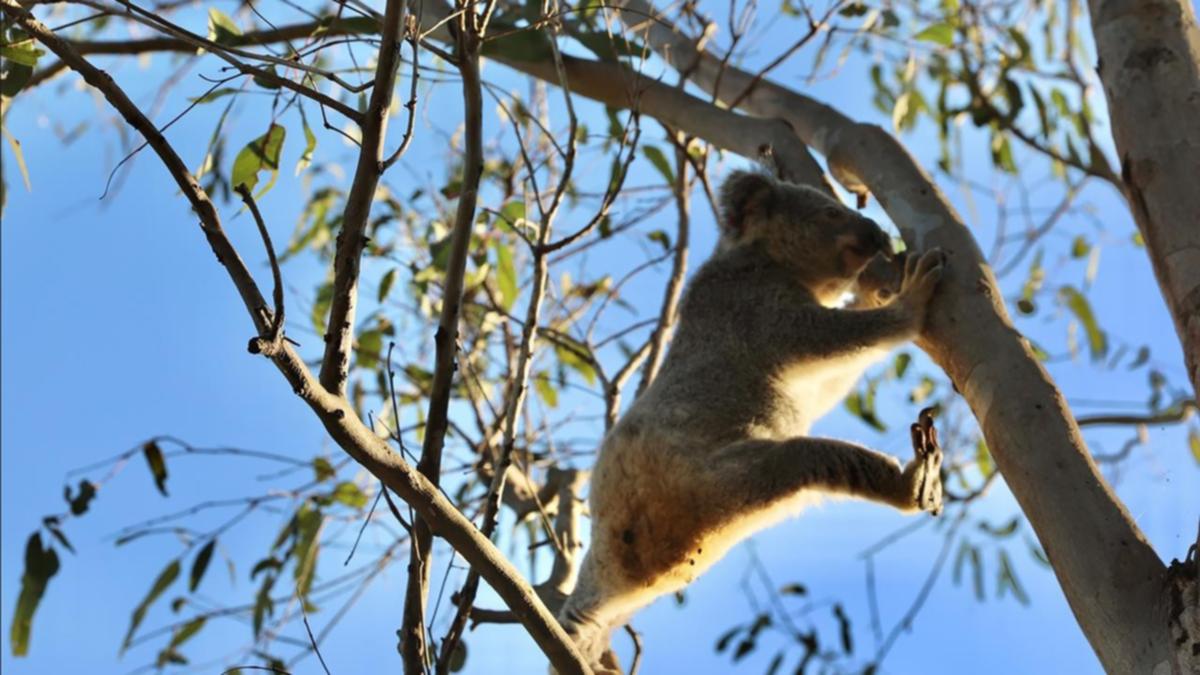 A rescued baby koala has become a ‘boss’

When locals found a drenched and shivering baby koala on the banks of the Brisbane River during the height of Queensland’s floods, they weren’t sure she would make it.

Delivered to rescuers in a green shopping bag by evacuated residents, the sanctuary rated Joey’s chances of survival at four out of ten.

But six months later, the koala, aptly named Raine, is a “bossy boss” who never stops eating – ready to return to the wild.

“She took over and told the other joeys which leaf they could eat – all of which she didn’t want. She’s a bit bossy,” Raine’s carer Marilyn Sletter said.

“She ate leaves all the time and with her milk she didn’t care.”

After her weight jumped 54% in care, Raine was released back into the Queensland forest in August, along with two other rescued koalas.

The species went from vulnerable to endangered in February after fires and floods wiped out nearly 50% of the population.

WWF’s Koalas Forever program aims to double the number of koalas on the east coast by 2050.

‘French Spiderman’ climbs the first skyscraper with his son in Barcelona