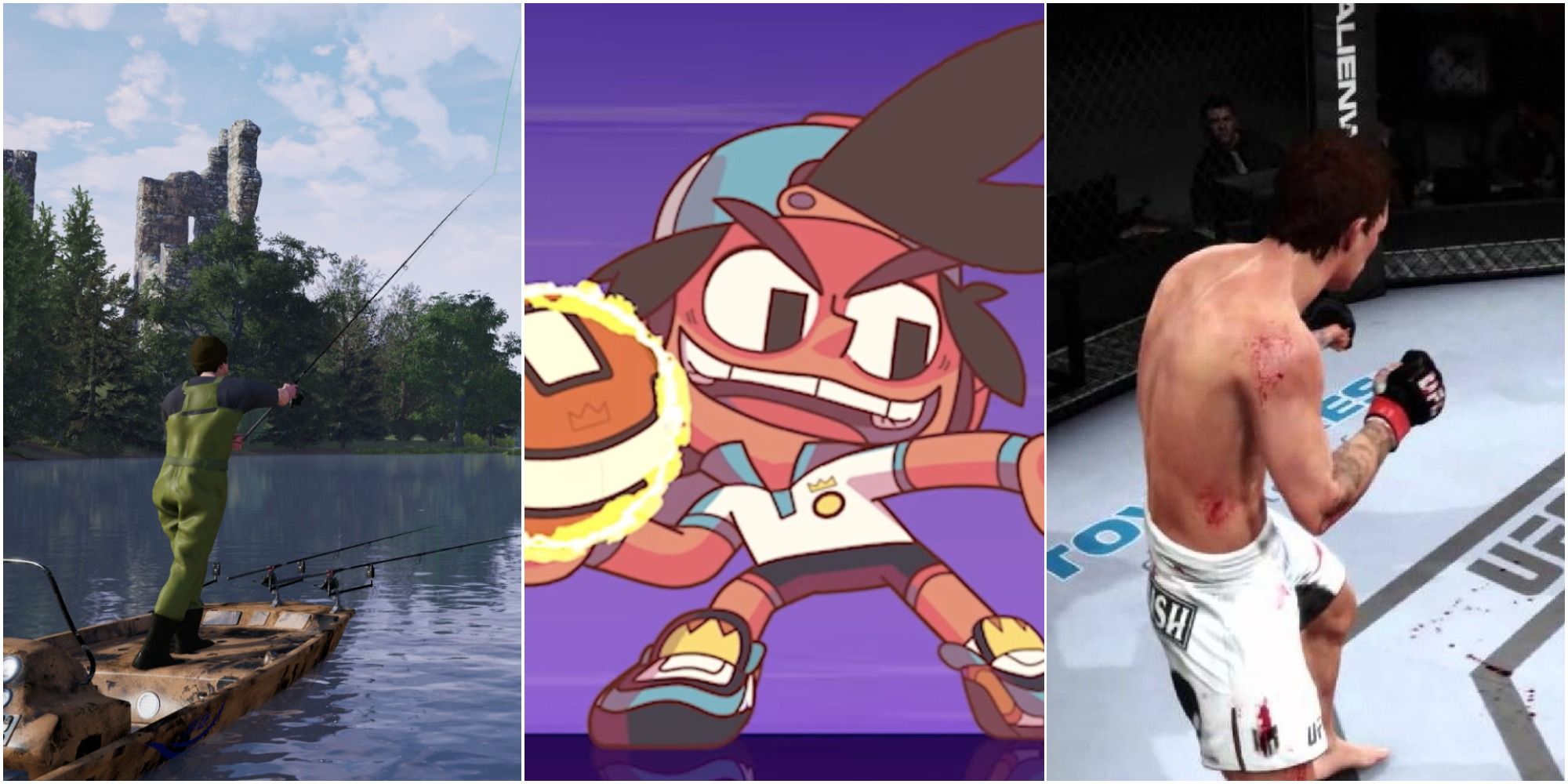 There are so many phenomenal sports games that it can often be difficult to choose which one to beat your buddy on. Whether it’s a licensed sports video game or an RPG about balls tossing balls at each other, sports games truly come in all shapes and sizes.

RELATED: Non-sports games where you can play sports

So, it’s lucky that Xbox Game Pass has a whole host of sports games to add to your backlog – an even longer backlog, wooo! Whether you want to play casually with friends or get competitive and devote all your free time to it, these sports games on Xbox Game Pass are worth your time.

You’d be surprised how many racing games are available on Xbox Game Pass. It’s as if Phil Spencer himself saw the countless different games where you race shiny cars on concrete tracks and said, “No, definitely another one.” So you would be absolutely forgiven for not knowing where to start.

If you’re looking for a racing game with realistic driving mechanics and one that’s more rules and regulations focused – therefore, a big sport – then look no further than F1 2021. Expertly take on the glorious sport and amazingly Engaging Formula 1 and cramming in a video game format, F1 2021 is truly the best racing sports game on Xbox Game Pass.

Do you think cricket is a slow sport that wouldn’t do well in video game format? Well, think again, because Cricket 22 is full of explosions, fishing mini-games and, of course, enemies of varying sizes to hit with your cricket bat. Okay, so none of that is true – how fun would this game be – but Cricket 22 is an exciting and fantastic cricket game nonetheless.

Cricket 22 manages to take the best parts of cricket and translate them into fun and exhilarating gameplay. It speeds up the sometimes slow sport with player-driven campaigns and mechanics. If you love cricket, then you will absolutely fall in love with Cricket 22. It might not have the big budget of other sports-based titles, but what it lacks in sleek graphics it more than makes up for in quality and charm.

If hitting a ball with a bat isn’t quite your thing, then you might want to consider taking up the quiet, serene sport of mixed martial arts. Just kidding – this absolutely brutal sport is all about taking down your opponent by any means necessary. Or, you know, kicking and punching and grabbing.

UFC 4 is by far the best of the series despite its somewhat stagnant visuals. The core combat is more gripping and visceral than ever, and the focus on arcade gameplay ensures it remains the most accessible entry. If you want an action-packed sports title on Xbox Game Pass, you can’t go wrong with UFC 4.

If you’re looking for a hardcore sports simulation, this might not be for you. Dodgeball Academia is a fun and colorful arcade sports RPG filled with quirky characters, thrilling ball-throwing combat, and a beautiful open world. Although not as traditional as the sport as FIFA says, it offers one of the most fascinating sporting experiences for those willing to give it a shot.

If sports RPGs are your thing, then Dodgeball Academia is probably the best you’ll ever play. Its Saturday morning cartoon vibes make for an incredibly engaging experience overall, and its cast of creatively designed characters helps make it one of the most memorable sports games available.

Okay, so it didn’t seem fair not to include FIFA. Sure, it’s easy to make fun of this series for its somewhat repetitive entries, but FIFA is a staple sports series for a reason. Its gameplay becomes more refined with each entry, and its outstanding visuals bring its massive roster to life. It’s come a long way from the days of arcade games where kicking a ball from your goal would see it land in a whole other country.

As the majority of EA’s lineup of somewhat mediocre titles are all available on Xbox Game Pass, it’s a no-brainer to give FIFA 21 a try if you like sports games or football. The only game that could replace that is its sequel and inevitably 50 more coming out next year.

5
The catch: carp and big

If you’ve never immersed yourself in the wonderful world of fishing simulators, then you’ve frankly missed out on a whole subgenre of phenomenal sports games. While not all fishing games are made equal, The Catch: Carp & Coarse is easily one of the most rewarding and truly serene fishing experiences on console.

With gorgeous visuals to help you fully immerse yourself in the boat, scramble, and kid-bonding fishing experience, The Catch: Carp & Coarse is definitely not a carp game. See what we did there?

While most sports games tend to put you in the player’s shoes, Football Manager 2022 takes a different approach. Why not be all players simultaneously? Don’t worry, you won’t control an amorphous mass of flesh and leather. Instead, you’ll manage your own football team in this incredibly complex management sim.

Extreme sports may not be known to the public because of all the “extreme” part. It only makes sense, then, that video games centered around these types of sports offer an extremely exhilarating experience for those who don’t want to risk their literal lives for a quick thrill. Enter Steep, an open-world extreme sports game filled with skiing, snowboarding, paragliding and more.

Steep might not be the most polished sports game, but it’s so packed with content, so fun, so jaw-droppingly beautiful that its minor flaws are easy enough to overlook. What makes Steep so special is its social element which sees other players populating your world. You can never really interact with them beyond watching them crash through the trees, but it helps make everything feel a lot more alive. It’s easily one of the best snowboarding games ever made.

If you want to hit someone so hard that their teeth fall out, then Fight Night Champion is perfect for you. Despite being an Xbox 360 title, Fight Night Champion is easily one of the best boxing games ever made. Its polished combat, character customization, and gripping story mode make for an engaging and enjoyable experience from start to finish.

While the Tony Hawk line of skateboarding games may be the best known and most established, the Skate series has certainly done its best. The third in the series has proven to be one of the most well-rounded skating experiences on console, offering a ton of customization options, large open environments, and a compelling enough narrative to tie it all together.

While it’s a shame Skate 4 wasn’t made sooner – sadly leaving the series to fade into obscurity – Skate 3 lives on via Xbox Game Pass. If you’re looking for a great skateboarding title to pass the time, then you can’t do better than Skate 3.

NEXT: The Best Story Modes In Extreme Sports Games

Tom is a freelance journalist and budding novelist. After completing his Masters in Multimedia Journalism, Tom worked in games journalism. Now he’s joined TheGamer as a roster editor. Outside of work, he is an avid Yu-Gi-Oh player and a fan of terrible video games.