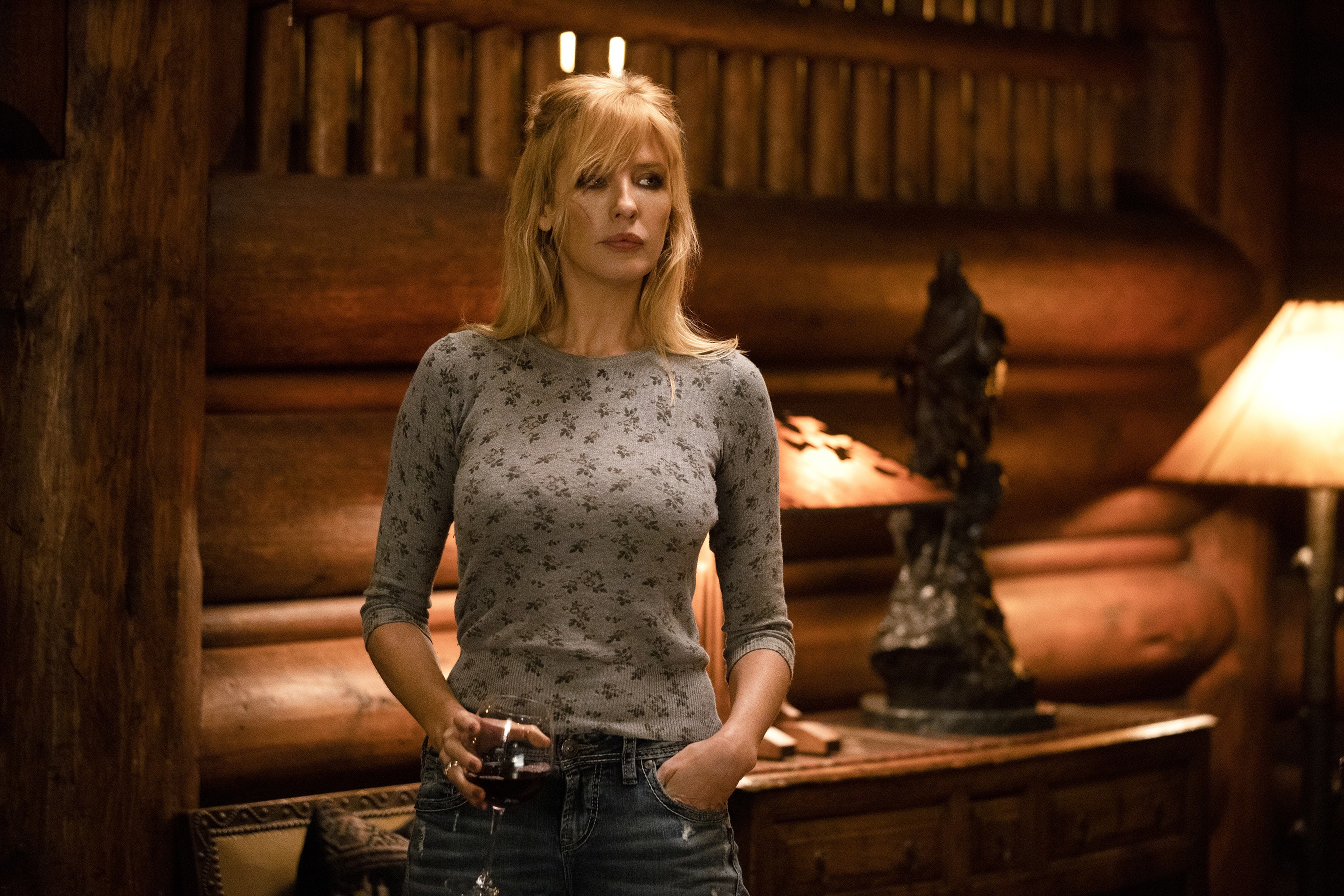 Beth gets the boot from John

Yellowstone Season 4 is almost over, and the penultimate episode casts doubt on the future of Beth’s place in the Dutton family.

Episode 9 “No Such Thing as Fair” opened with the fallout from the deadly shootout that John Dutton (Kevin Costner) threw himself into in last week’s episode. Jamie (Wes Bentley) and Beth (Kelly Reilly) had different reactions to John’s act of heroism, Jimmy’s time at 6666 is coming to an end, Summer (Piper Perabo) has ended up in jail and Kayce (Luke Grimes) begins a dangerous spiritual journey.

Season 4 is almost over and Episode 9 is the last we’ll see Yellowstone in 2021 before the finale airs in the first week of January 2022.

The fallout from the shooting

John and Rip saved many lives in last week’s episode, but couldn’t prevent the death of fan-favorite sheriff, Haskell.

Initially, Beth is angry with Rip for not preventing her father from entering the restaurant that day, and she later tells John exactly what she thinks of his exploits by throwing a mug at the wall by the head.

It’s the first act of aggression in what turns out to be a tense episode for John and Beth. She asks why he is risking his life for strangers when he has yet to do anything about the attempted assassinations against the family which she says have always been organized by Jamie. She reminds him of the incident, showing her grinning scars on her back. John tells her that he was actually ridden by a rotting man in prison, but as the public knows, it was Jamie’s biological father, Garrett Randall, who ordered the hit.

Speaking of people in prison, at this point, he receives a call from Summer Higgins who faces life in prison for her actions while she is protesting. John goes to the police station where she is being held and meets the acting sheriff, called Ramsay.

John talks to Summer, who doesn’t relish the prospect of jail time. John promises to get her out using his connections, but is shocked when he finds out that his protest against the new airport was Beth’s idea.

News of John’s actions at the restaurant spreads to the news and appears to increase his chances of winning the gubernatorial race against Jamie. Katherine tells Jamie he should see it as an opportunity, since John has publicly stated that he is not running on a progressive platform.

Katherine is dismayed to find out that Jamie’s biological father was in prison for murder and tells him that he will have to distance himself from Garrett during the campaign. Garrett agrees with her and leaves.

Garrett later reappears, as he meets John at the restaurant. The couple exchange verbal spades, and it’s clear Garrett still blames John for sending him to jail 40 years ago. It’s a brief but tense conversation that ends with a clear threat from John. Maybe he’ll finally find out just how dangerous Garrett is in the final episode.

Beth gets the boot

John went into full-blown father mode when he faced Beth’s betrayal of Summer. He even goes so far as to say how “disappointed” he is with her, which we all know is the worst form of emotional punishment you can get from a parent.

Beth coldly tells John that she only cares about him, Kayce, and Rip, and any harm done to someone else is just collateral. John questions his morality, telling him “No more collateral damage. We don’t kill sheep, we kill wolves.”

Even though she, Rip, and Carter just moved into the house, John tells Beth that maybe it would be best if she got away for a while.

Beth is devastated by this and asks Walker to play a sad song for her so that she can purge the tears from her body. He plays a wonderfully dark tune on a dying man, which prompts Beth to sob.

Kayce continues to get more spiritual as Season 4 progresses, and he connects more with his wife’s Native American roots by embarking on a solo adventure that will see him left in the wild for four days and four nights. without food or water. The last shot of the episode sees him sitting alone, shirtless in the snow.

Meanwhile, Jimmy’s journey of self-discovery to the Four Sixes Ranch in Texas is already over. This is bad news for his new girlfriend Emily who seems devastated when she finds out he is returning to Dutton Ranch in Yellowstone.

Taylor Sheridan, the show’s creator, returns as Travis and informs Jimmy that they are bringing a horse back to the ranch. Jimmy is shaken and seemingly disappointed since he grew so much in 6666, but he gave his word to John Dutton.

In an incredibly sweet goodbye, Jimmy blurted out Emily, “Wait for me,” to which Emily instantly agrees. Jimmy seems to be very much in that relationship now, but Mia is still out there somewhere and can interrupt their romance at some point.

the Yellowstone finale, episode 10 is titled “Grass in the streets and weeds on the roofs”.