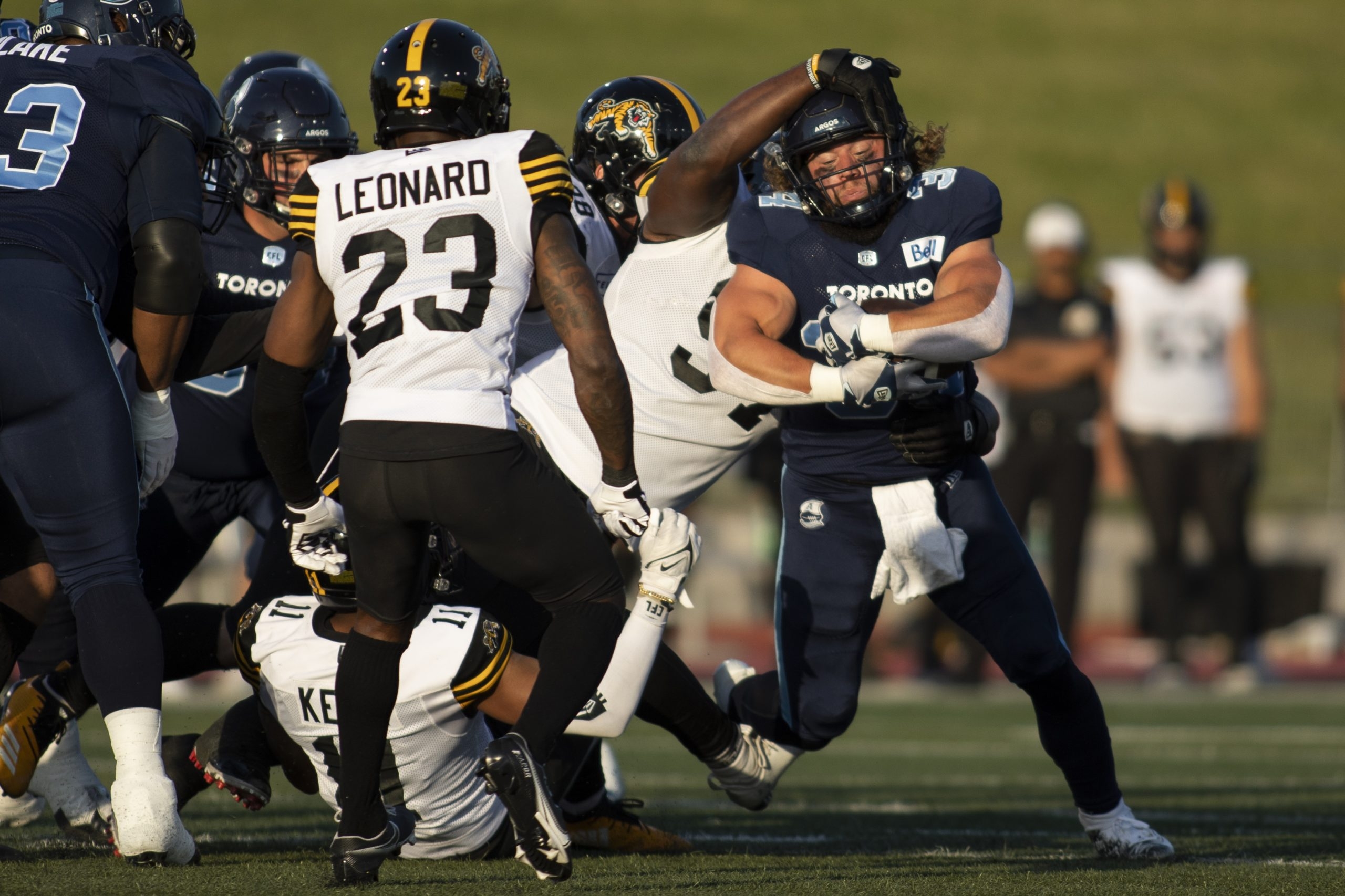 The Argonauts were once again careless and unable to sustain much of the attack.

Luckily, though, preseason is officially in the books and no one will remember any missteps or moments of execution.

Which jobs have been lost, positions solidified and how many players remain in the bubble were all debated late into the night as Argos brains coalesced after Friday’s preseason final at the University of Guelph. The conversations will continue on Saturday, the lists of the day are fixed.

For what it’s worth, the Argos ended the exhibition game on 33-yard Boris Bede in an 18-17 win over the Ticats. In a familiar theme from last year, Bede threw four field goals on six attempts as the Argo produced just one touchdown.

Chad Kelly operated the offense on the final drive, featuring quick throws to move the Argos into field goal range. That was after the Argos made a save and forced a punt and scored the game-winning runs.

Once again, it is quickly forgotten. The real work begins now with the season on the horizon.

“We’ll watch the movie (late night) and reassess in the morning (Saturday) for our final cuts,” head coach Ryan Dinwiddie said. “It’s going to be one of those nights. We can’t wait to be there and see how it goes. »

According to his estimates, there are four or five guys on the fence.

“I went through our list with all the staff guys,” he added. “We feel good on most of our roster, but there are four or five guys who hopefully changed our minds.”

The hope is to have completed all moves on the roster by noon on Saturday.

“We’ll probably start getting around the guys around 10 a.m. who won’t be there,” Dinwiddie continued. “It’s a tough day, tough conversations with these guys, but hopefully we’ll have it all over by noon.”

Three quarters saw action against the Ticats, including starter McLeod Bethel-Thompson, who looked to be playing well the entire first half, although no touchdowns were scored.

Kelly led the Argos; only major scoring, throwing a six-yard TD to Isaiah Wright, but he was also intercepted.

Third stringer Austin Simmons saw action for much of the fourth quarter on a night where he primarily served as the team’s short-range quarterback.

It’s hard to assess an attack when fullback Andrew Harris isn’t playing. He will do so when the Argos begin their regular season in two weeks. The Argos want to be physical and establish a downhill offense, which can only be achieved with Harris lined up in the backfield.

Brandon Banks played against his old team and was targeted seven times.

He wore yellow gloves and showed off his usual glow.

A few former Stamps lined up in Toronto’s backroom for the first time on Friday night.

Barring something completely out of the ordinary, Royce Metchie and DaShaun Amos will start in the Argos defensive secondary on opening night.

The Argos acquired the rights to Metchie and later signed him to a new contract, while Amos came through free agency after being named All-Star in the West.

One of the most impressive defensive backs was Tarvarus McFadden, who had an interception in the preseason opener last week in Ottawa.

Apart from Metchie and Amos, the rest of the starting fullback against Hamilton was a collection of relative unknowns.

“We love our young guys,” Dinwiddie said. “We are not afraid of change. They obviously have to learn the pattern and fit in and do what Coach Mace (Toronto defensive coordinator Corey Mace) asks of them.

Dinwiddie had to mix and match his roster with different players last season when three defensive coordinators were used.

“As coaches we have to mentor them,” Dinwiddie said.

Harris recorded a first-quarter interception after McFadden failed to secure a fly ball that he would have turned into a touchdown.

The Toronto pass throwers were also on the field for the first time on Friday night.

The highlight was the debut of Ja’Gared Davis, who came to Toronto from Hamilton in free agency.

On the other side is Shane Ray, the former NFL draft pick in the first round, who had an injury-plagued first season as an Argo in 2021.

However, the two entered camp wearing the No. 56 jersey. But given his seniority and pedigree in the CFL, Davis was able to continue wearing his old number while Ray took No. 5.

Bede’s starter was 6ft 5in Aussie punter John Haggerty, the world player who appears to have a lock on a job, managing both assignments… RB Javon Leake, who returned a 39-yard kickoff after hitting scored a rushing TD last week in Ottawa, has the makings of a 2022 version of DJ Foster… A total of 15 Canadians on the Toronto roster are injured to varying degrees… Ticats rookie receiver Kiondre Smith , traveled to Guelph and was able to play at his old dorm Friday night. He had one reception for 11 yards. Smith’s father is former Argos DB and three-time Gray Cup champion Adrion Smith… Darece Roberson showed his lack of CFL experience by running the ball out of the end zone after a Ticats punt. He should have conceded the only point. Instead, the Argos scrambled from inside their five-yard line.

Sign up to receive daily news from Ottawa Citizen, a division of Postmedia Network Inc.

Thank you for your registration!

A welcome email is on the way. If you don’t see it, please check your spam folder.

The next issue of Ottawa Citizen Headline News will soon be in your inbox.

We encountered a problem during your registration. Try Again