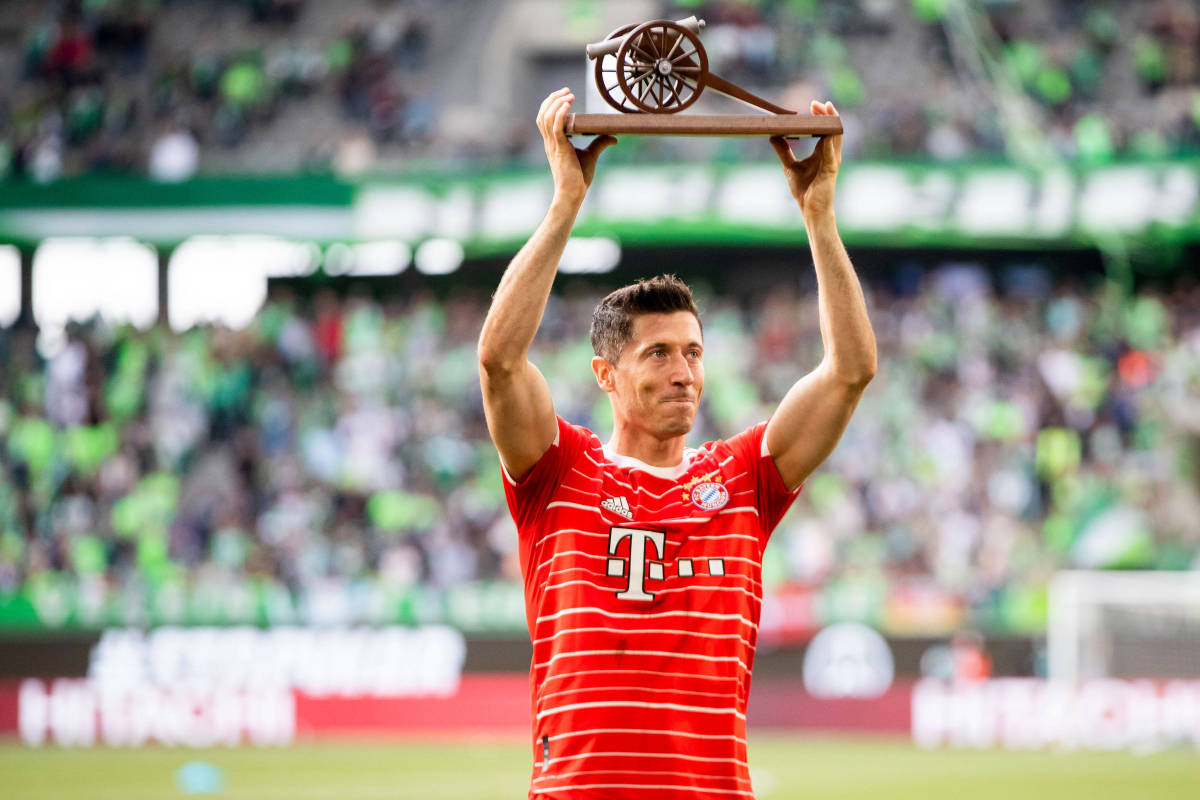 Bayern Munich ended the 2021/22 Bundesliga campaign with their lowest points tally in 10 years, despite being crowned German champions once again.

A 2-2 draw at Wolfsburg on the final day of the season saw Bayern finish with 77 points from 34 games.

But they still finished eight points clear of Borussia Dortmund, who won 2-1 at home to Hertha Berlin on Saturday.

It was Erling Haaland’s last appearance for Dortmund before his summer move to Manchester City.

Haaland converted in a 68th minute against Hertha to take his tally to 22 league goals this season, before Youssoufa Moukoko scored a late winner to complete the turnaround after Ishak Belfodil’s opener in the first half.

But the real drama of the last day of the season came at the bottom of the table.

Stuttgart scored a 92nd-minute winner against Cologne to avoid relegation, meaning Hertha have dropped to 16th place and must win a play-off to stay in place.

Lewandowski’s first-half header against Wolfsburg was his 35th Bundesliga goal of the season.

The Polish captain received a trophy for winning the Golden Boot and he paraded it past the traveling Bayern supporters.

SEE ALSO: Robert Lewandowski looks emotional in front of Bayern Munich fans, but was it goodbye?