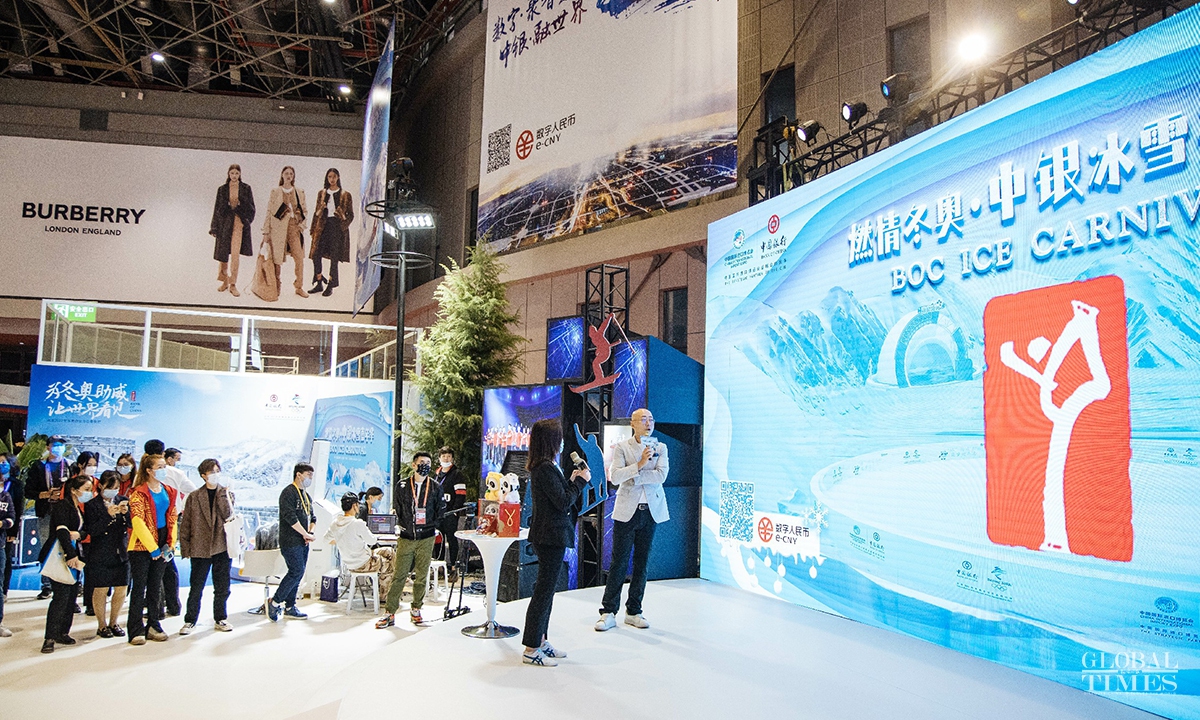 CIIE’s international companies prepare for the Beijing Winter Olympics, in view of a growing market

From ski clothing to ski machines, snowboards to sneakers, exhibitors at the Fourth China International Import Expo (CIIE) are gearing up for the upcoming Beijing Winter Olympics to be held in February of l next year, with a view to the potential growth of China’s winter sports market.

Liu Lili, Marketing Manager of Crispi, said he has already received many inquiries from customers regarding their products. Following its CIIE debut, the Winter Olympics series will be available through its Tmall store and offline sales channels across China.

At the booth of Italian sports fashion brand FILA, a Global Times reporter saw an interactive experience zone with coaches giving performance tips for snowboarding and double-board skiing. Their magnificent and dynamic movements are one of the reasons why the Chinese adopted the sports of skiing so quickly. .

“We hope that through the CIIE, more Chinese consumers will have a full picture of snow sports and experience the fun of ice and snow,” Brian Yiu, CEO of FILA China, told the Global Times.

â€œWe predict that the Beijing Winter Olympics will promote and accelerate the consumption of the ski and related winter sports market in the near future,â€ Liu told the Global Times. â€œThe limited international travel caused by the pandemic is expected to further boost consumption of winter sports in the domestic market. “

Liu said the company will increase its investment in China by at least 10% next year, “because the performance of the Chinese market has given us great confidence,” she added.

Since Beijing won the bid for the 2022 Winter Olympics in 2015, China has ramped up the availability of winter sports, promising to attract 300 million Chinese into snow and ice activities.

â€œWith the increase in the national income level and the increase in people’s awareness of sports and fitness, ice and snow sports have developed rapidly. While China has a vast land area and huge population, with many sites suitable for winter sports in the north, this represents potential for the winter sports market, â€Yiu said.

According to an “Ice and Snow Sports Development Plan (2016-25)”, the total scale of China’s ice and snow industry will reach 1,000 billion yuan ($ 156.29 billion) by 2025. It is expected that by 2022, the number of skating venues in China will reach 650, the number of ski resorts in China will reach 800, and the total snow tracks will cover an area of â€‹â€‹more than 70 million square meters, according to a snow sports construction plan published by the General Sports Administration.

In the future, Yiu expects that there will be a more specific market segment in which the categories will be further expanded, and more attention will be paid to less popular sports, such as ice hockey and ice hockey. ‘horse riding.

These stylish sneakers are truly steel-toed work boots in disguise

What is so important about the G20 besides the savings?