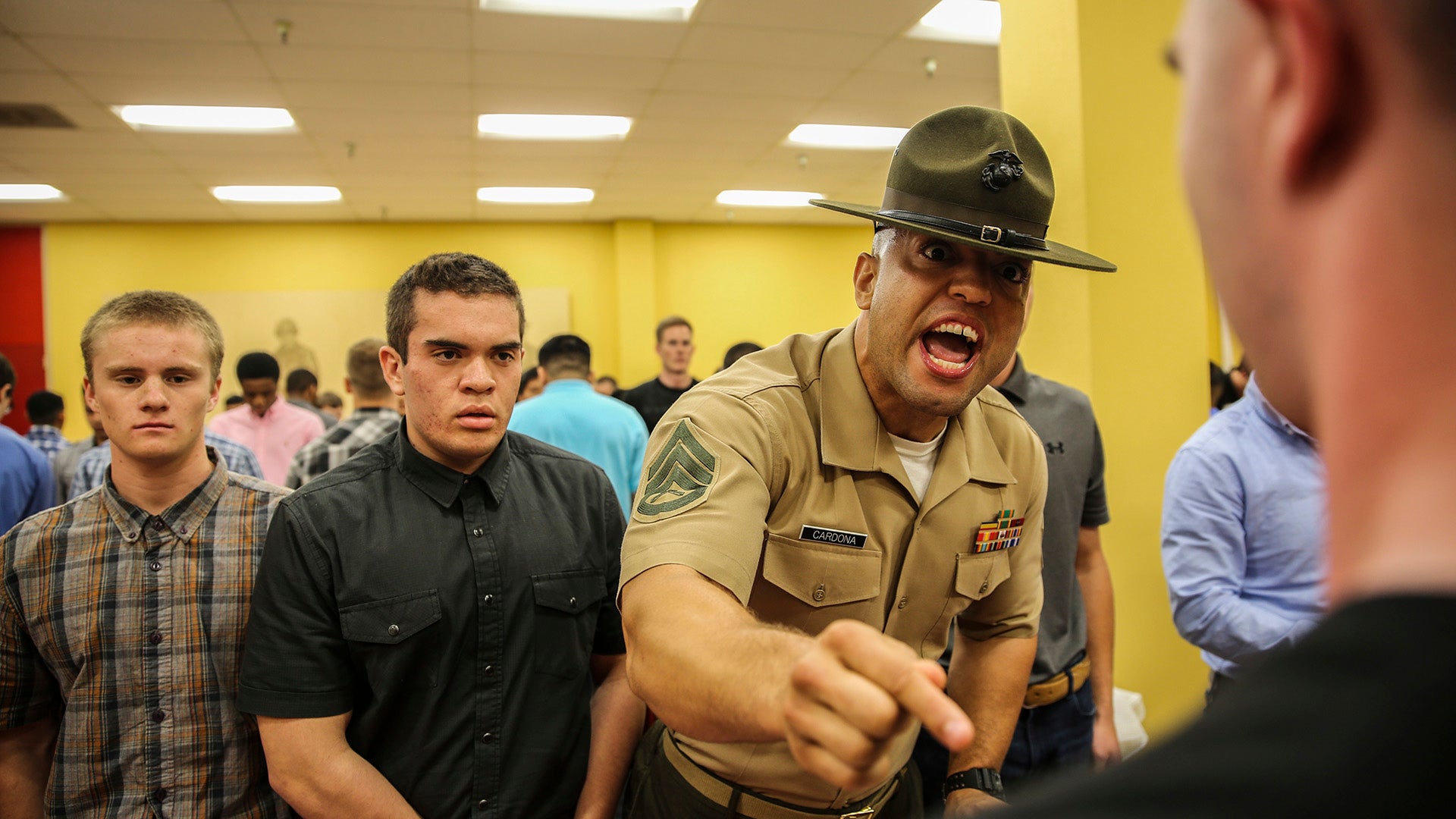 When unveiled in November, Commandant of the Marine Corps General David Berger’s talent management plan seemed to open the door to the unthinkable: allowing people to join the Marine Corps without going to camp. ‘coaching.

While the Marine Corps already allows musicians from the band President’s Own to bypass recruit training, the idea that “exceptionally talented Americans” in technologically advanced fields might also be able to skip a fundamental Marine Corps tradition. to fill the positions they critically need has aroused much lamentation. and gnashing of teeth.

The Marines are a fascinating tribe. It’s ingrained in Marine Corps culture that unless you’ve been yelled at by a drill instructor, who has maliciously dumped the contents of your duffel bag all over the squad bay, you don’t deserve to carry the Eagle, the Globe and the Anchor.

But Berger recently told reporters that the idea of ​​allowing civilians to join the Marine Corps at a rank commensurate with their education, experience and ability wouldn’t necessarily include a boot camp pass.

Subscribe to Task & Purpose today. Get the latest military news, entertainment and gear delivered to your inbox daily.

“We haven’t said one way or the other,” Berger told reporters during a May 5 roundtable. “We haven’t found the person yet. And when we find the person, we’ll go from there.

So far, Marine Corps leaders have yet to decide whether to change the way Marines are currently recruited and trained, Corps spokesman Ryan Bruce said.

“The final decision will be made after careful consideration by HQMC [Headquarters Marine Corps],” Bruce told Task & Purpose. “At this time, there is no current pathway for Marines to skip entry-level training outside of the president’s.”

In his talent management plan, Berger wrote that the Marine Corps must “infuse expertise into the force – in the right ranks” to have experienced Marines in highly technological and rapidly changing fields, including robotics, l intelligence and cyberspace.

Berger also added that only “highly qualified candidates in certain specialties” would be allowed to join the Marine Corps “sideways” instead of down the food chain. Such a recruiting tool would not be used to recruit large numbers of Marines, nor would it likely apply to combat arms military occupational specialties.

Speaking to reporters, Berger said he should have explained better what he meant to Marines by getting highly talented civilians to join the Corps because he inadvertently gave the impression he was opening up. the door to gunnery sergeants without going through recruit training. .

He recalled how he spoke at a forum a few years ago and asked the Marines if they would be willing to let some people skip boot camp to join the Corps.

“Obviously that translated to, Oh my God, we’re going to have a big nose ring, 38-year-old, long-haired – that was never part of the equation,” he said. Shepherd. “What we’re really talking about is: no, they’ll go through training camp; they will pass by the school of the candidates officers. But when I have a discussion – a dialogue with the Marines – I try to get them out of their comfort zone – and I’ve probably taken them out of their comfort zone.

sergeant. Marine Corps Maj. Troy Black pointed out that the Marine Corps would only recruit civilians laterally on a very limited basis.

“We’re looking for the one, the two individuals with exquisite skill that we can’t generate fast enough when we need it,” Black said during the roundtable. “So in other words: if we were to develop a new capability – let’s use cyber as one of many – if we needed someone with 15 or 20 years of experience to operate today in this environment, we don’t have anyone in the Marine Corps yet who’s been in this MOS for 15 years, so if we can find that ability exquisite, that’s the one we’d bring in to be able to help us where we have it need.

The last on task and purpose

Want to write for Task & Purpose? Click here. Or check out the latest stories at our homepage.

Red sneakers with evidence of blood in Fresno double homicide