What’s up, everyone? It’s your Legendary Lade boy back with another week of “Kickin’ Facts”! This is the first article of the month and I want to set the tone for an informative August. It’s also my first time reviewing a Converse-led collab, and this pair features New York-based brand Barriers, a company that brings the stories of prominent and lesser-known African-American leaders to the fore. of all their outings. The Converse x Barriers Chuck 70 is a ceremonial collaboration celebrating wisdom, courage, vision and the notion that true power comes from within. Barriers chose the Chuck 70, a classic Converse model that debuted in the 1970s and was later updated in 2013. Its base is distressed double-ply black canvas with a pre-worn faded toe box and a thick sole. The pre-worn fade gives the effect of a lived-in sneaker and adds an instant vintage look and feel. You’ll also find distressed lace holes between the standard lacing holes and the mismatched laces: one is black, green, and red; the other is green, yellow and red, no doubt a nod to the Pan-African flag. Another personal detail that I love is the introduction of cowries as lace locks. Cowries were once one of the most important symbols of wealth and money for centuries. Seashells are also known to bring good luck and protect the spirit of the wearer, among other spiritual connotations. The intentional combination of cowrie shells, pan-African laces and sneaker trivia make this a standout debut of the Barriers label’s collaboration. I also have to point out the gorgeous black box these sneakers are housed in, which features northern star constellations – another nod to African American history. 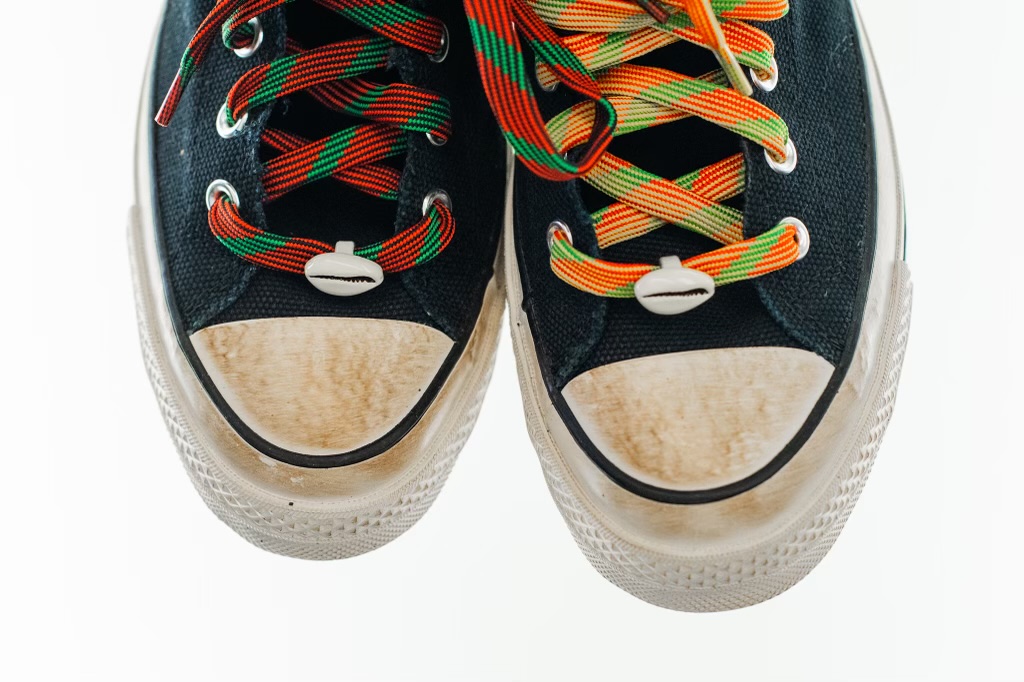 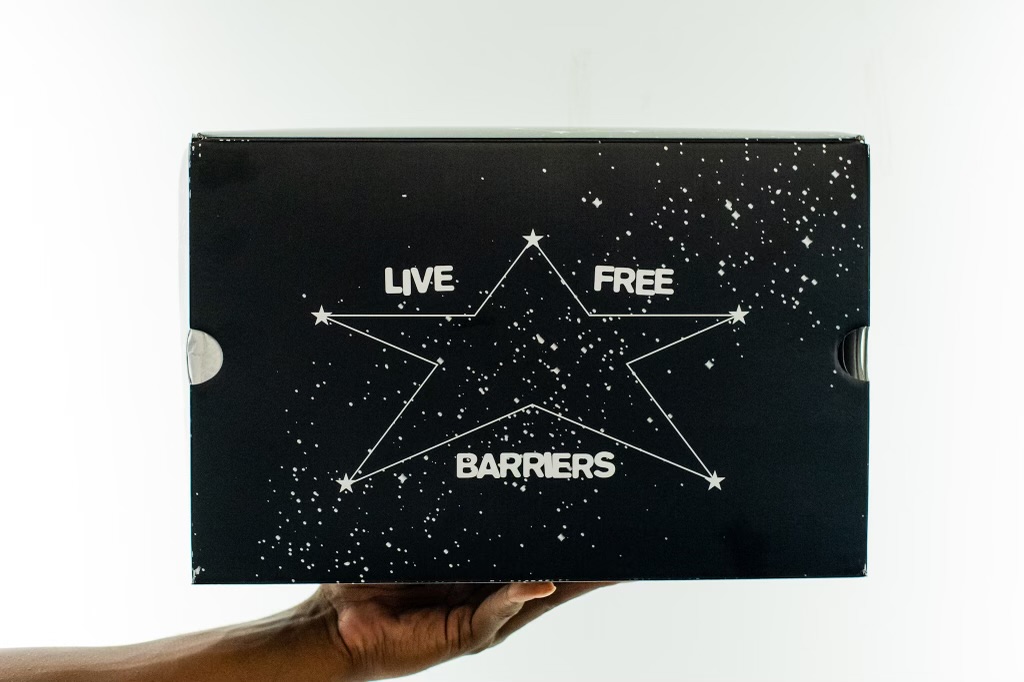 What do you think of these? Do you cop? The Converse x Barriers Chuck 70 was released July 21 for $110 and is available now with apparel at Converse.com