Boots has started selling its own brand Viagra, in a move hailed by doctors amid the cost of living crisis.

The chemist is now offering a four-pack of impotence pills for £14.99, which is £5 less than the original version.

Both products contain sildenafil, which dilates blood vessels and stimulates blood flow to the genitals.

Boots hopes the move will “increase affordability” for men struggling with erectile dysfunction as economic pressures “continue to mount”.

Experts today greeted it as ‘good news’ given the worsening cost of living crisis, as it offers men a cheaper over-the-counter option for men.

Everyone in Britain is facing a huge impact on their budget, with some of the poorest having to choose between heating and eating.

The price of filling a typical family car hit £100 for the first time this week, inflation has hit record highs and the average heating bill is set to rise by around £700 this year.

The chemist is now offering a four-pack of impotence pills for £14.99 – £5 cheaper than the famous version. Both products contain exactly the same active ingredient 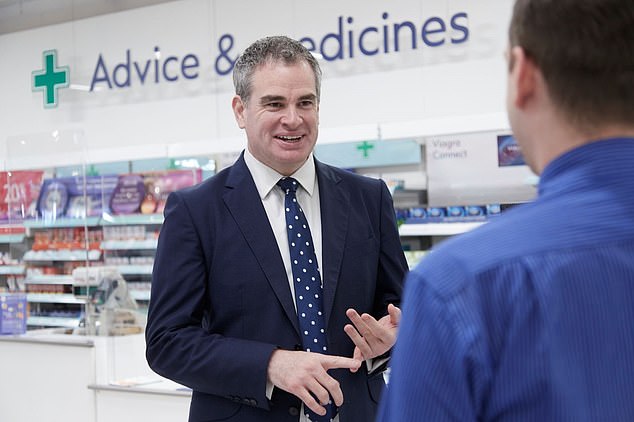 Marc Donovan OBE, Chief Pharmacist at Boots, said: “Erectile dysfunction is a common condition that affects most men at some point in their lives, and there’s usually nothing to worry about or embarrass about. “

Three in four Britons are now worried about the rising cost of living, figures show

Three in four Britons are worried about the rising cost of living, according to official figures.

The Office for National Statistics (ONS) surveyed more than 4,000 Britons about their attitude to soaring prices.

Overall, 77% said they were “very” or “somewhat” worried about rising costs.

And seven in 10 people who said they were concerned about rising bills cut non-essential spending.

It comes as everyone in Britain faces a huge blow to their budgets.

The price of filling a typical family car topped £100 for the first time this week, inflation hit record highs and the average heating bill is set to rise by around £700 this year.

ONS data, based on responses collected between April 27 and May 22, shows that women were more likely to be affected (81%) than men (73%).

People with disabilities (82%) and parents of young children (90%) were also among the most anxious.

Most men sometimes have trouble getting or keeping an erection due to stress, fatigue, anxiety, or excessive alcohol consumption.

But as many as one in five men in the UK (4.3 million) suffer from erectile dysfunction – when it continues.

It can be caused by high blood pressure or cholesterol, hormonal issues, or medication side effects.

Boots already sells another type of sildenafil for the same discounted price, but it’s called Liberize.

The new offer is pasted with the chemists’ own logo on the packaging.

Boots Sildenafil, taken one hour before sex, will be available online and over pharmacy counters in more than 1,400 stores.

It does not require a prescription, but patients must undergo an online assessment or have a consultation with a pharmacist in store.

A Boots spokesperson said: “As cost of living pressures continue to mount, we know that great value and the best prices are more important than ever to our customers.”

They added: “We hope this will increase accessibility for men with erectile dysfunction in the UK.”

Dr Sarah Martins Da Silva, senior lecturer in reproductive medicine at the University of Dundee, told MailOnline: ‘This is good news, particularly given the current cost of living crisis.

“Talking about sexual problems and seeking medical help can be difficult, so over-the-counter treatment is a good option for many, assuming they are otherwise well.

“It’s great to know that there is a cheaper option for men with erectile dysfunction.”

Unlike the pill and menopause medication, there’s a huge stigma around men seeking treatment for reproductive issues, despite it being a very common problem, he said.

Marc Donovan, Head Pharmacist at Boots, said: “Erectile dysfunction is a common condition that affects most men at some point in their lives, and it’s usually nothing to worry about or embarrass about. “

Viagra was originally concocted by Covid vaccine maker Pfizer in 1989, in the hope that sildenafil citrate could treat high blood pressure.

But clinical trials in Wales a few years later saw men report an unusual side effect – they had more erections while taking the drug.

The drug was approved in the United States and the EU in 1998, under the Viagra brand, and became one of the best-selling drugs of all time.

The rise and rise of Viagra

The pharmaceutical company Pfizer is making a compound called sildenafil citrate which it hopes will treat high blood pressure.

When tested in Wales, a tester mentions that he had more erections while on it. The others say: “We too! This is a decisive moment.

The drug – now branded Viagra – is approved in the United States as the first ever pharmaceutical product for erectile dysfunction. It quickly became one of the best-selling drugs of all time, with 10,000 prescriptions dispensed daily.

Viagra obtains its European license. Since July 1999, the NHS has started prescribing Viagra to men with underlying conditions such as Parkinson’s disease or prostate cancer – but Viagra is more widely available by private prescription or from overseas suppliers on the internet .

In sex and the city, man-eater Samantha is dating a rich old man who takes the blue pills. Viagra plays later in Ally McBeal and Law and order.

The UK’s first ‘viagra divorce’ is granted when a middle-aged woman claims the drug made her husband ‘sexually aggressive’.

In England, 1,838,687 prescription items for erectile dysfunction are dispensed. 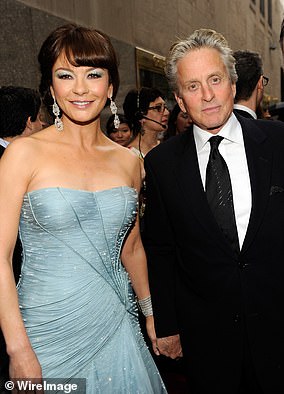 Michael Douglas says he’s glad his wife likes older men and praises the drug: “Some wonderful improvements have happened over the last few years – Viagra, Cialis – that can make us all feel more youth.” He also gets his own movie: Love and other drugs with Jake Gyllenhaal playing a Viagra salesman.

Michael Douglas praises Viagra for “making us all feel younger”. “God bless her because she likes older men,” he says of his wife, actress Catherine Zeta Jones. “And wonderful improvements have happened over the last few years – Viagra, Cialis – that can make us all feel younger.”

Viagra’s EU patent is expiring, so with the off-brand drug sildenafil available at a 93% price cut, the NHS is allowing prescriptions for a wider range of male impotence cases.

The number of prescription items dispensed for erectile dysfunction rose to 4,223,282.

Viagra is becoming legally available to men over 18 through pharmacy websites and over the counter as Viagra Connect.

Jordan sneakers, the latest craze for collectors of alternative assets