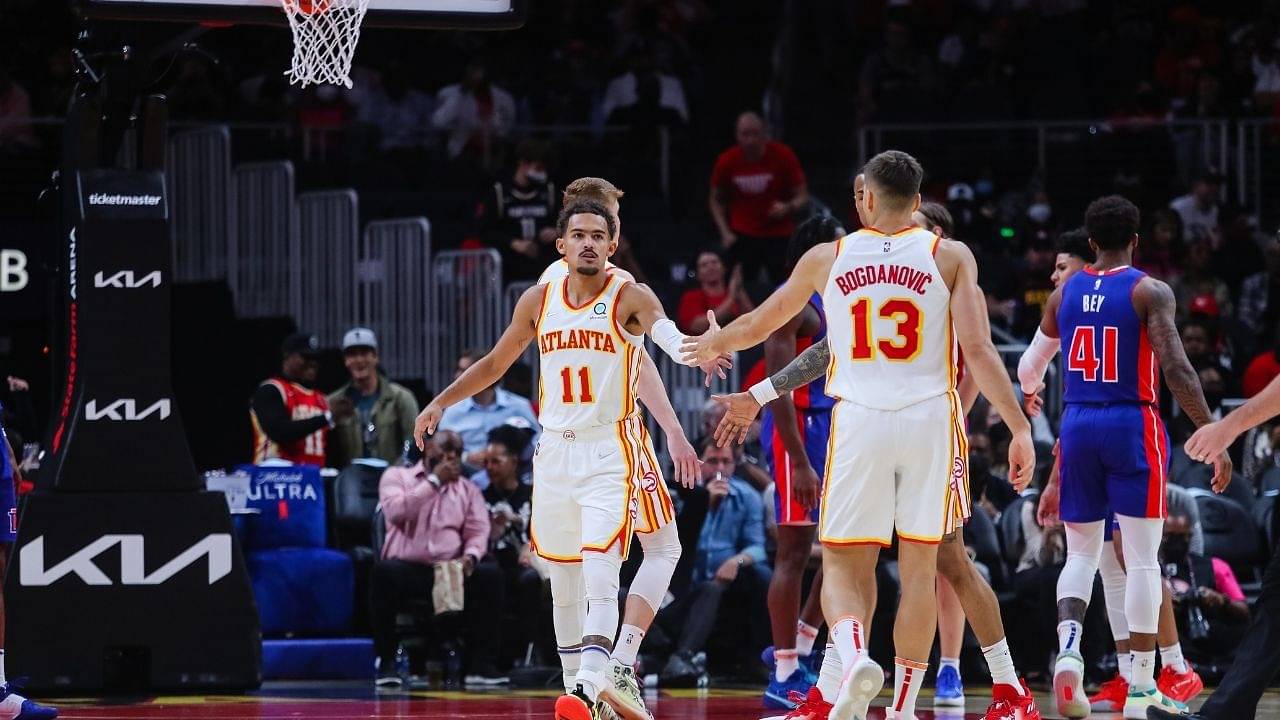 “Donate my own pair of shoes … it’s amazing!”: Trae Young reacts by giving his sneakers to fans for the first time after a magnificent 32-point performance against Pistons

In last season’s playoffs, this franchise was arguably the most surprising, as it raced to the Western Conference Finals. And this season, they’re already looking to capitalize on it.

The team have won 2 of their 3 games with their most recent victory over the Pistons being impressive and decisive.

Simply put, the man had an amazing game.

What we’re here to talk about though, came straight after the game, and it was an act of the player that will have you Awww’ing for the rest of the day.

We’ve always said that Trae Young is a bit of a showman. Last season, this side of him faced off against the Knicks at Madison Square Garden (and we absolutely loved him, we might add.) This season though, it looks like he’s doing it by making the dreams of young fans of the Hawks.

First pair of mine I ever gave … felt amazingðŸ¥ºâ¤ï¸ pic.twitter.com/Gx2HNexukB

This moment is absolutely magnificent. Really, you like to see it.

Boots on the ground or drones in the air?

The best winter hikers of 2022