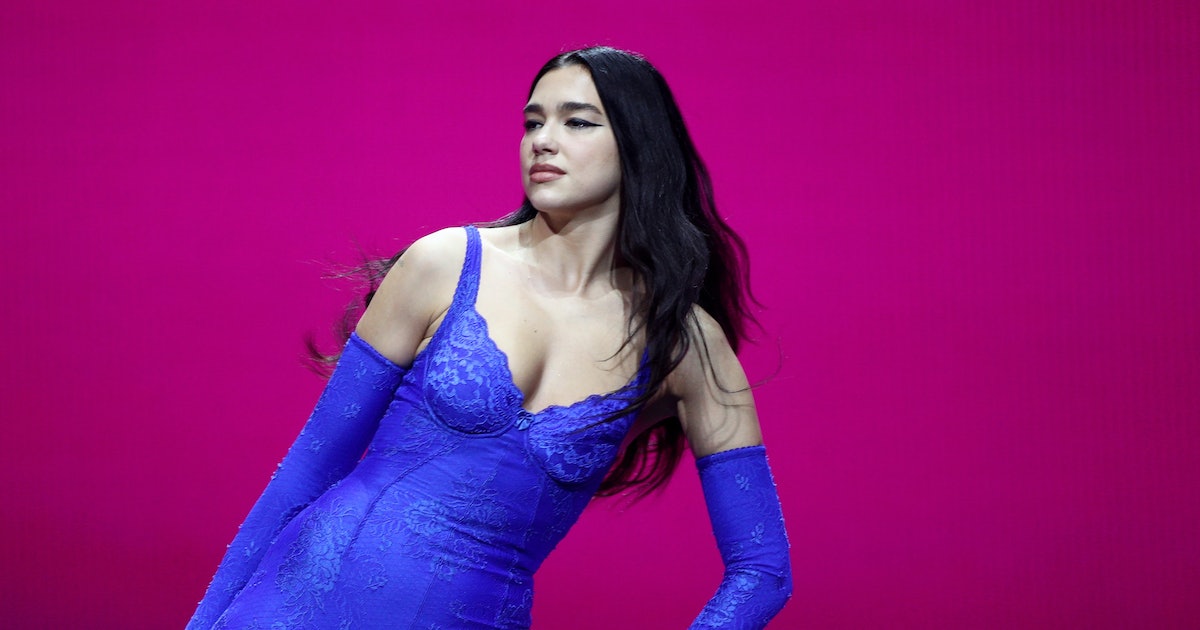 Much like opera gloves, thigh high boots take over the timeline. They cover so much, yet reveal such an enticing amount. Most celebrities styled them with clothes on, but Dua Lipa managed to pull them off with nothing but the statement boot. The pop star shared a photo of herself in an Instagram photo carousel from her recent trip to Japan and the post really took off.

In the photo, Dua is wearing tight black vinyl over the knee boots with a pointed toe and stiletto heel. Her position makes it hard to see the bottoms, but she appears to be wearing a white top with a sheer black overlay. She had on pink eyeshadow and black eyeliner, and let her long, tousled hair flow over one shoulder.

The artist captioned the post “japan divers” and shared some photos of meals, drinks, herself strolling the streets and stunning views of Mount Fuji. She’s posted plenty of footage from her summer and fall travels, but she’s now back to work. Dua Lipa has just kicked off the final leg of her Future Nostalgia concert tour going on this week in Australia without missing a beat.

She kicked off in Sydney, Australia, and wore both opera gloves and thigh-high boots that blended seamlessly into her bright blue bodysuit.

She managed to enjoy some tourist activities while inland, sharing some snaps from her trip where she cuddles a koala and hand-feeds a baby kangaroo. There aren’t many places where you can have such close encounters with marsupials, so even big stars should seize the opportunity when it presents itself.