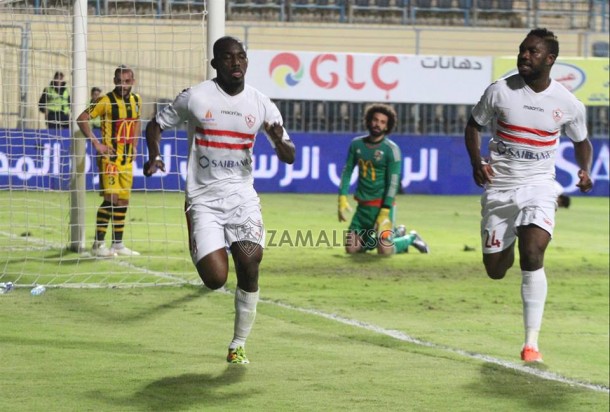 Former Zamalek & Petrojet defender and Burkinabe international Mohamed Koffi announced his retirement from football at the age of 35.

Koffi is an Egyptian Premier League veteran who has represented several top Egyptian clubs such as Zamalek, Al Masry and Smouha.

Born in Ivory Coast, Koffi began his career in his home country with the Stella Club, before joining the Qatari team of Al-Markhiya in 2004, which loaned him to league rival Al- Sailiya SC.

The player then left for Petrojet in 2006, spending eight years with the club, during which he represented seven different seasons in the top flight, guiding them to third place in 2009, the club’s best league result ever. .

He even represented the club during his first campaign in the CAF Confederation Cup in 2010, before leaving for the Iraqi team of Duhok SC in January 2014; however, after less than six months he returned to Egypt, this time through the Cairo giants Zamalek.

Known for his versatility at Zamalek, Koffi made 68 appearances for the White Knights, scoring five goals and was a key player in their winning campaign in the 2015 Egyptian Premier League.

However, his trip with Zamalek ended in August 2016 when he left on loan to Saudi Arabia Al-Ettifaq and then permanently to Al Masry the following year.

Koffi spent two years in Port Said, before returning to Saudi Arabia to sign for second division club Al-Kawkab, where he remained only six months.

In 2019 he signed for Smouha SC of Alexandria and at the start of the 2020/2021 season joined Bank Al Ahly, during his last stint in Egypt and the football world in general.

He has been without a club since his release from Bank Al Ahly last October and the Burkina Faso international has decided to quit and focus on his life after his retirement.

Speaking on his decision to retire, Koffi said: â€œToday is one of the most important days in my footballing life because the time has come for me to say goodbye.

â€œI started my football career 30 years ago, but everything comes to an end.

“I had a lot of happy times, but I also had some sad ones, it was a big part of my life, and looking back on it I can say it’s totally worth it.”

It is worth mentioning that Koffi has 49 caps under his belt with Burkina Faso, representing his nation at CAN 2013 and 2015 and helped them reach the final of the first, in which they narrowly lost 1-0 to Nigeria. .