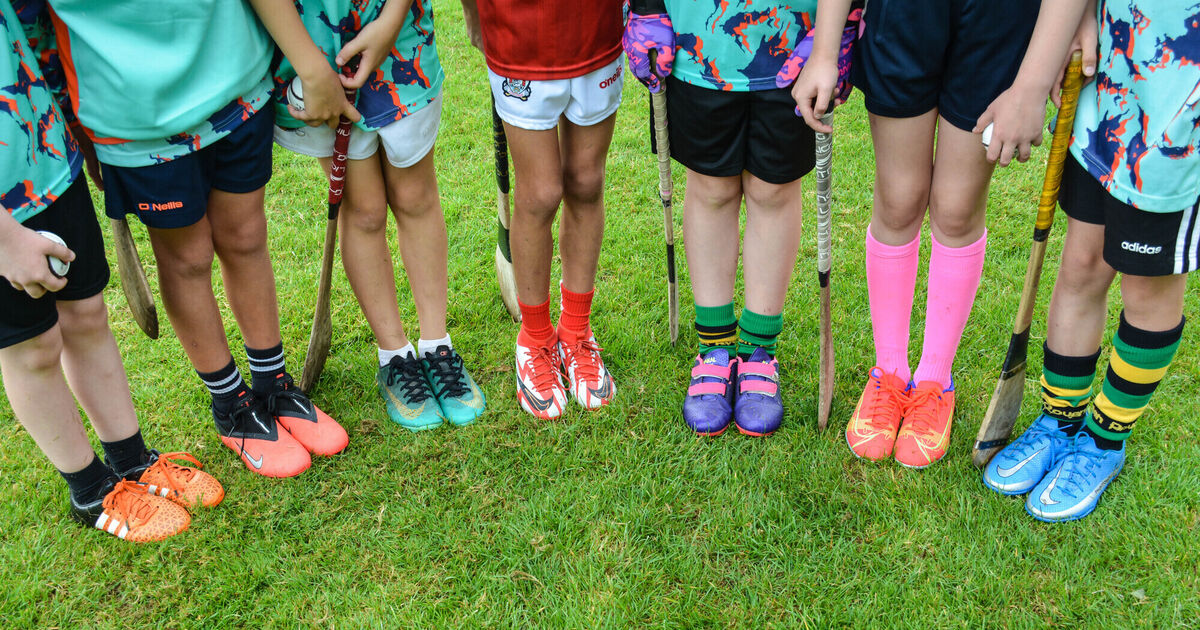 Football boots and the circle of life

A few years ago I bore readers here with a milestone, a milestone we all face at some point if we engage in outdoor sports – though we rarely recognize it for what it is. it is as it happens.

I was referring to that singular turning point, the day you buy your last pair of football boots.

It’s a day that’s always on the horizon once your feet stop growing and your parents don’t have to tell you about your boots.

You know the speech, the one where they told you that a size too big is good because you’re only 13 and who can buy a pair of football boots every six months for a galoot with feet growing like this do you think i’m made of money etc.

At the end of this era, you only get a pair of boots when you need them, and soon you’re choosing your own kind. And a day comes, finally, when you realize that you don’t need to buy another pair of boots because the boots you have, one stud missing and leaking as they are, will be enough for you even if you just fall somewhere as a coach or selector. Thing is, you don’t need them for active duty anymore, and they were the last pair you had to buy.

And then you think to yourself, if I had known this was the last pair, I might have made more of a case for the occasion. You find yourself warming up to a few lines of Field Of Dreams that seem relevant to the situation you’ve gradually, not suddenly, found yourself in.

“You know, we just don’t recognize the most important moments in our lives as they happen. At the time, I thought there would be other days. I didn’t realize that that was the only day.” Burt Lancaster, not Kevin Costner.)

What you didn’t realize, however, was that there was also a final day for someone else along the way. The day someone told themselves or someone else that you were big and hairy enough to have your own boots; it meant there was one last day in line for someone to enjoy the small treat of buying football boots for you. And with you.

I’m here to tell you that there’s a light on the other side of that particular tunnel, because in recent years I’ve taken a different step: buying a first pair of football boots for your offspring.

This experience is accompanied by events that serve as madeleines to you even if others do not recognize their importance. The first time you press the toe of the football boot that’s been wedged into your child’s foot and say they’ll need some space and when you think about it they’ll wear anyway football socks. . . well, expect to find yourself back a few decades to a time when you were the kid with the dodgy expression and the new adidas boots, and expect the realization to make you think.

(The section above may be unfair to those who work in the bootfitting sections of our athletic stores, who are perhaps more sensitive to the sudden nostalgia of their middle-aged customers than I would assume: “Trevor, watch out for fifty-year-olds having an existential crisis with the Pumas molded there.”)

The general point remains. You buy those first boots from them and start that cycle again.

And once again you begin to appreciate what this cycle meant to the people who bought your first boots from you. What the beginning of the cycle meant. And what the finish meant.

Fences worth several thousand euros were stolen from the club’s grounds last week; After a call on social media, the fencing was found nearby, with the club thanking members of the public for their support, as well as the local gardaí for their efforts.

There is something particularly maddening about this kind of crime because it goes to the heart of what a community is trying to do. The vast majority of people who get involved in sport, and clubs like Ringmahon Rangers, do so to give others a chance to get the same enjoyment out of the sport or activity.

There’s little glamor and a lot of headaches, but if these people don’t do this job, no matter how thankless, then generations will lose rewarding experiences – especially younger generations.

For this reason, it was good to see this story end happily for Ringmahon Rangers, one of the organizations fighting the good fight.

My Watergate moment in Mahon Point

I see it was the 50th anniversary of the Watergate burglary this weekend. There was a photo on social media of the two reporters who have become synonymous with the story, Carl Bernstein and Bob Woodward, at the newspaper that broke and continued the story, The Washington Post.

I mention it here for two vaguely sporting reasons. Years ago, I was in Washington, and a Post contact showed me and my wife around the newsroom. He indicated where Bernstein and Woodward were seated, if we wanted to sit on the chairs.

Then he pointed to the sports section in a far corner, but added, “We’re not going there, though.”

“If they hear you writing sports, they’ll want you to work.”

The second… in the middle of one of the Cork GAA strikes, I had to meet one of the protagonists at short notice, but where?

It suited him to meet at Mahon Point, but in the covered part of the parking lot. Discreet.

When I arrived I was beaming in a slightly manic way and explained to him that it was like a fantasy come true for me, meeting someone in an underground parking lot, like Woodward meeting Deep Throat in Washington in 1972.

He began to slowly back away at the word “fantasy” and the interview was conducted on 10 meters of concrete.

I was going to say that Robert Redford didn’t have to deal with this in the movie version, but I thought better.

Discover the secrets and science of shopping

Cancel the search. Your columnist indulges his nerd obsession with a latecomer to finding books for summer vacation, namely Meet Me By The Fountain: An InsideHistory of the Mall by Alexandra Lange.

If you want to learn more about the secret workings of the mall or mall – about concepts like Gruen transference and mallwave music – then this is the book for you.

And given that you’ve probably been to a mall fairly recently, or soon will be, there’s a lot to tell us about the future of these areas.

Including, post-Covid, what shape that future will take.

Your first look at the electrifying Supreme Nike Shox sneakers