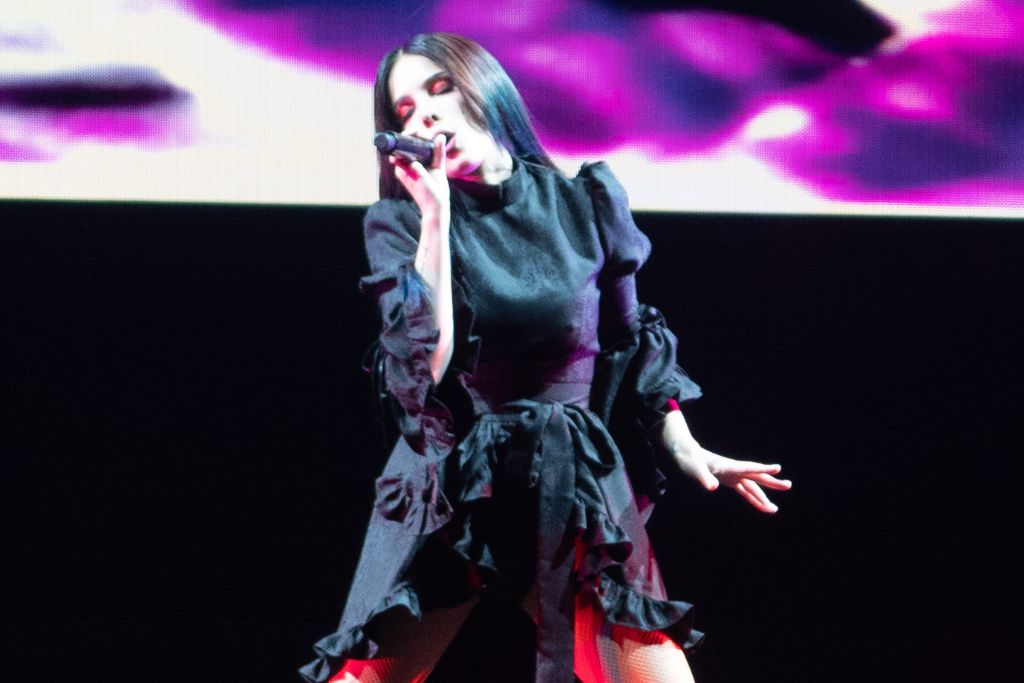 After two years without performing on stage, Halsey surprised her fans by making an appearance on the first night of the Bud Light Super Bowl Music Festival in Los Angeles on Thursday. The “Him & I” artist arrived unannounced during Machine Gun Kelly’s set to sing her verse on her single “Forget Me Too.”

For her comeback, the chart-topping musician wore an all-black ensemble. She looked like a grunge princess in a ruffled black dress that featured a turtleneck, pointed shoulder pads, long puff sleeves and a tied bow in the center.

Halsey continued with a dark monochromatic aesthetic and styled her jet black hair. To anchor it all, the “Without Me” singer finished her look with black combat boots. The silhouette laced all the way up and featured a chunky yellow sole.

The songwriter told the crowd that many life events had taken her away from the stage and she was extremely nervous about returning after the pandemic.

“Something happens when you’re on tour, you walk on stage like, ‘I can’t even tell myself anything. That’s not how I felt today. It’s been a long time and I’m so happy that we can be here together enjoying concerts because I didn’t know if we could ever do it again and I’m so happy,” the singer said.

Browse the gallery to see Halsey’s sleek style over the years.