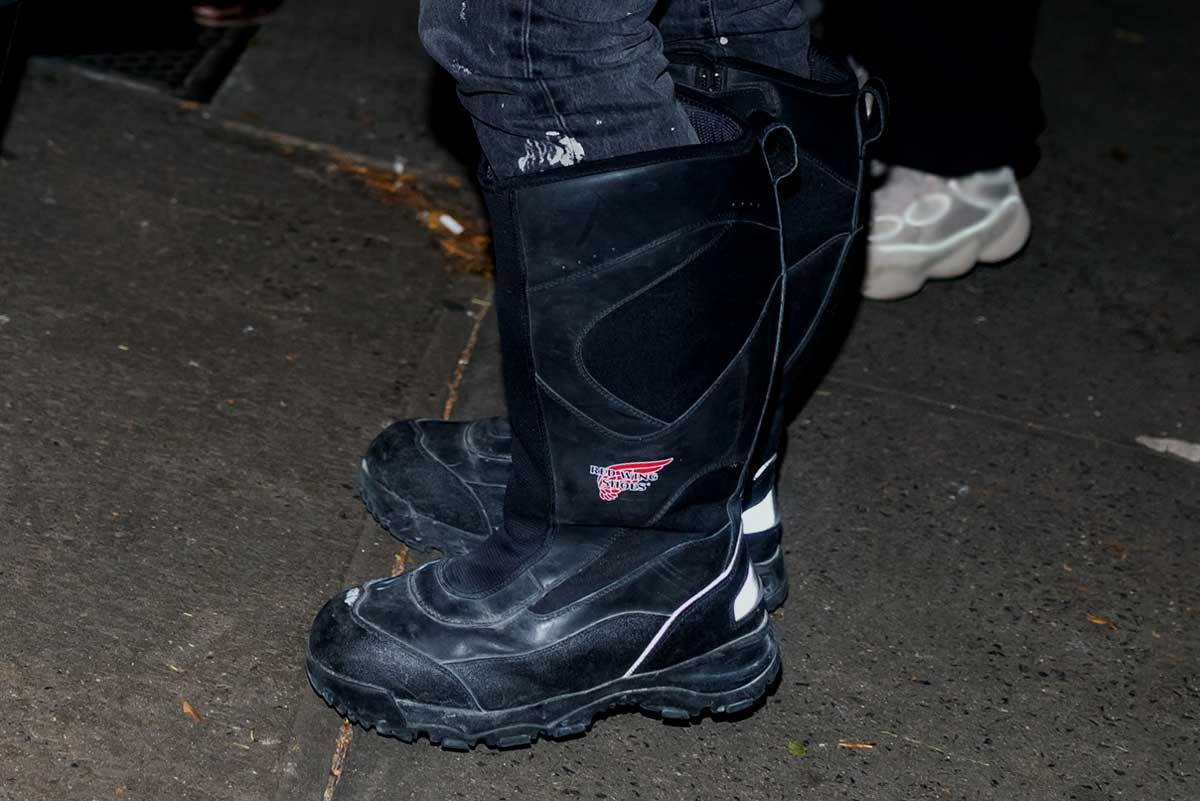 Ye’s (new) year plods along in his heavy Red Wing boots. Heavy boots that are apparently worth over $3,000 on the used market.

After ditching his Crocs boots, Ye’s Balenciaga uniform is now anchored by a pair of tough Red Wing #3094 work boots, lined with quilted Thinsulate, grounded with a steel toe and mounted on a Vibram sole.

Ye hasn’t taken off those Red Wings since he broke the internet announcing his relationship with Julia Fox in early January.

To be specific, Ye was first seen wearing the boots just before the Larry Hoover benefit concert he performed alongside Drake, demonstrating his preference for vintage Levi’s in the 17-inch pull-on boots from height.

They’re quite different from his regular YEEZYs, which must seem featherweight compared to the heavy Red Wings.

Still, the lack of laces and wide upper ensure easy access, which must be appealing for a guy on the go. In the past two weeks alone, Ye and Fox have shuttled between Miami, New York, and Los Angeles, with multiple destinations in each city.

Although Fox’s Diesel cuts have garnered a lot of attention, Ye apparently has fans so hungry for their own Red Wings that his name alone propelled a recent eBay sale to stratospheric heights.

Despite the enthusiastic title (“Kanye West Concert Boot!”), these are definitely not Ye’s boots. Not only is he still wearing his pair, but Ye is said to be wearing a size 12, not a 13.

So why did the Red Wings pull in four figures while Icon Motosports gear remains affordable on Ebay, despite Ye and his pals embracing the moto style?

Easy: This Red Wing model has been discontinued for years.

Presumably #3094 was pretty unpopular until Ye started wearing them. Just compare this recent sale to the Red Wing #3094 boots that sold in November for a whopping $66.

This only goes to show the power of the Yeezy fandom, which sells Ye merch drops with speed, even bootleg merch.