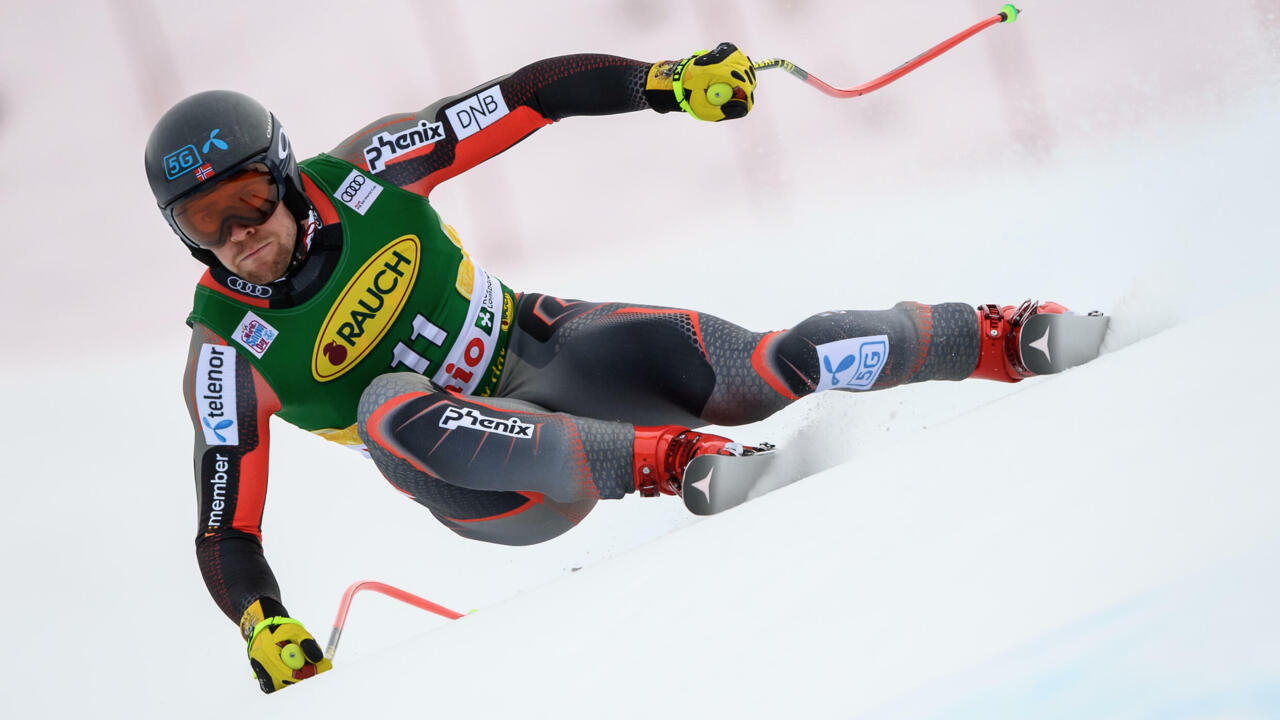 Kilde looking for another Olympic gold in Norwegian skiing

Paris (AFP) – Aleksander Aamodt Kilde has a huge task to follow on the ski slopes of an illustrious trio of fellow Norwegians, but he hopes to emulate their Olympic success in Beijing in February.

The 29-year-old is half of the golden couple in alpine skiing with his girlfriend, American star Mikaela Shiffrin.

While Shiffrin has two Olympic titles under his belt, Kilde has an empty medal closet, although with three successive super-G wins on the World Cup circuit this season he is in perfect form to address it. .

If he needs motivation, he doesn’t need to look any further than now retired Kjetil Andre Aamodt who dominated the Olympics, winning the event three times in 1992, 2002 and 2006. .

Kilde’s form – he also has a downhill victory this season – is all the more honorable given that he tore his cruciate ligaments in his right knee last January.

The 2020 World Cup overall champion is relaxing in Innsbruck ahead of the season’s resumption and has had time to consider whether his third Olympics would be really lucky for him.

“These are big shoes to fill in though,” he told AFP in a telephone interview, referring to Aamodt, 2010 Olympic super-G champion Aksel Lund Svindal and Kjetil Jansrud, who won the event at the Sochi 2014 Games.

â€œWhen you mention these names, it’s crazy to think of it.

“It’s amazing how they managed to do that.

“Of course I want to try and keep it Norwegian, but it’s easier said than done.”

“Not on the same page”

Kilde also competed in the 2018 downhill in PyeongChang, won by Svindal with Jansrud winning the silver medal, but despite finishing 15th he said it remains the most inspiring sporting moment for him due to his country’s success. .

“Aksel and Kjetil being one and two … it was a bit unexpected as the preparation for this race did not go well,” said Kilde.

â€œThe video and the analysis of everything was kind of a question. But they found their rhythm.

“I remember it was such an amazing day for the team.”

Kilde says he will avoid challenging Shiffrin to an Olympic medal competition in Beijing – and not just because it might tempt fate.

“I’m smart enough to say I don’t think I want to compete with her when it comes to performance!” he laughs.

However, Kilde – who is three years older than Shiffrin – said he had learned from the American’s Olympic success.

â€œYes, we are talking about it,â€ he said.

â€œThese Olympics will be different for sure.

“But we try to see it as a new experience, to stay positive and give ourselves a little bit of confidence.”

Kilde says the injury has forced him to change his post-race routine as his knee is sore and he cannot indulge in such a difficult routine as before.

“I don’t think it will be like that for the rest of my career, but for this season at least it will be different.”

Kilde says the four wins were “unbelievable” and he never expected to come back with such a bang, which gave him the much-needed confidence ahead of the Games.

“I want to keep that confidence throughout the Olympics and the season,” he said.

â€œTrying to focus on the right things.

“It’s going to be an Olympics where things are new for everyone, no one has tried the slope.”