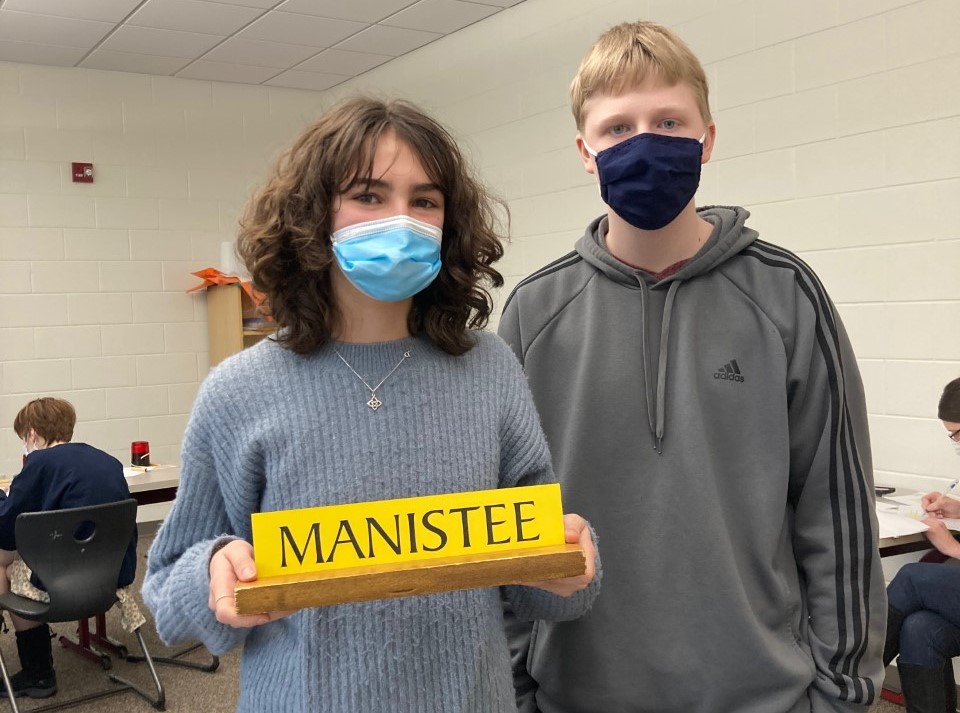 “As a district teacher, I always take great pride in seeing what our kids are capable of. We do a really good job of challenging the kids, and really, our academics shine at the Quiz Bowl,” he said. she declared. “It’s really obvious that our children know a lot and are well prepared. It makes me really proud of our school, my colleagues and the work they do.”

The Chippewas finished the season second in the Lakes 8 conference; the Division 2 standings, which is hosted by Lakes 8 but includes additional schools; and the Lakes 8 year-end tournament. In all three instances, Manistee failed to match Ludington, which Schlaff says is a bit of a bitter pill to swallow.

“We are for sure a threat to many teams and fierce contenders. We are still neck and neck with Ludington,” she said. “There were years when we came out on top, and other years they came out on top. They’re still good competition for us.”

In Quiz Bowl, teams of four compete to answer questions from all areas of knowledge, with players buzzing to answer.

The team was led by senior Solana Postma, who Schlaff says leaves big shoes to fill.

“I think a lot of teams will be happy to see her go,” Schlaff said. “She’s a fierce competitor and she knows something about everything. We will really miss her next year.”

Postma isn’t the only senior on the team, and Schlaff said she’s grateful to everyone for their hard work this season.

“We also have several other senior graduates who were on the team: Maddie Fox, Addy Witkowski, Luke Kooy, Courtney Haag and Kylar Thomas,” Schlaff said. “Some of them were involved in skiing and other things and weren’t able to compete as much as the rest of the team, but we were happy to have their contributions as well.”

Schlaff said Manistee had some exciting matches at the tournament, which took place March 16 in Fremont. Postma’s quick thumb saved the day in a double overtime game against Hart.

Schlaff said Manistee opted out of the state tournament, which for the second straight year was held virtually in an effort to mitigate the spread of the coronavirus.

“It was virtual and it was sort of voluntary — anyone who wants to sign up can do it,” she said. “We did it last year, but the kids didn’t really want to spend an entire Saturday doing it virtually again this year. It’s not as fun online as it is in person, so we chose not to. participate.”

Schlaff said she hopes to see the state tournament return to in-person competition next season. And with a crop of young minds on the team and newcomers to the junior varsity team, Manistee is poised for another solid year.

“We have so many good competitors coming up too – younger kids in the lower grades. We have good representation,” Schlaff said. “We had two freshmen on the team this year: Hanna Konen and Oliver Holtgren – they’re going to be great contributors. We had Jack O’Donnell for the first time. Jack is a sophomore, with Vincent Wang and Nick Judkins.

“We have a lot of potential to be fierce competitors again next year,” Schlaff continued. “I’m looking forward to it.”

The Oculus The Soloist VR Climbing Movie Is Breathtaking