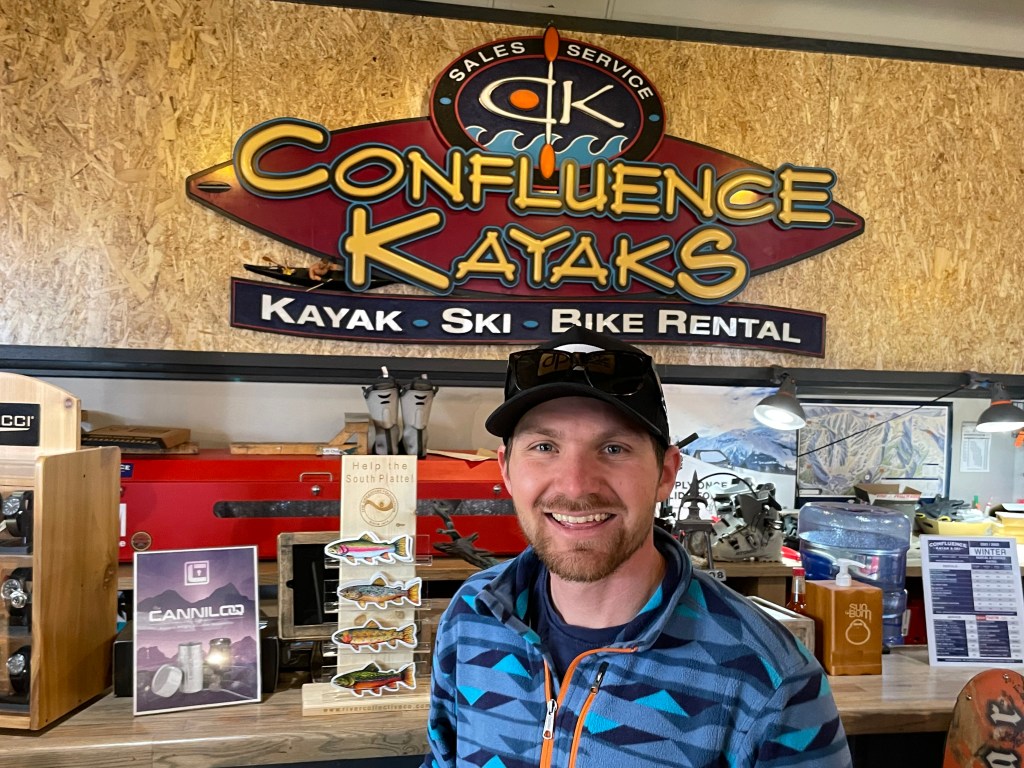 Outdoor gear supply still negatively impacted by pandemic, but not as bad as 2021

Verus Kayaks founder Josh Pecaric has found himself at the confluence of high shipping costs, rising tariffs and other supply chain issues in recent years, factors that have had a huge impact on the outdoor retail industry. Now, he’s temporarily working as a salesman at Confluence Kayak & Ski in Denver while he moves his whitewater kayak manufacturing plant from China to South Carolina.

Pecaric has unique insights into the myriad of challenges faced by outdoor gear stores, bike shops, paddle sports retailers and their suppliers. Like many people working in outdoor retail, he says inventory is better than it was a year ago. Confluence Kayaks, just down the street from Confluence Park, sells kayaks and paddle boards, and right now they’re stocking up nicely.

“It still takes a long time for things to materialize,” Pecaric said. “It’s a slow trickle. We had an order that was supposed to arrive in September 2020, and it only arrived about three weeks ago. At least we have enough stock to get by and make the sales we need.

One night this week, the store received a shipment of 38 boats.

Pecaric’s experience as a manufacturer provides insight into the evolution of all these supply chain issues. Problems related to the COVID pandemic were not the only causes. Tariff increases on goods shipped from China also played a significant role.

Pecaric said his company has gone from paying $2,800 to transport a 40-foot shipping container (which can hold 120 kayaks) three or four years ago to $54,000 per container now. (That’s not a typo.) His overall shipping cost went up more than 19 times what he paid. That’s why it’s “outshoring” — meaning the opposite of offshoring, meaning it’s bringing manufacturing back to the United States.

“And believe it or not, it only costs $10 more to make a boat here than it does in China,” said Pecaric, who will move to South Carolina in a few weeks to help set up the new factory. .

There are of course other pressures on supply chains. The high cost of fuel is one. Now, too, there is the looming threat of a labor stalemate at West Coast ports that could put more than 22,000 dockworkers out of work when their union contract expires in June.

But for now, at least, inventory is generally better at bike shops and outdoor gear stores than it was a year ago. Phillip Brown, co-owner of Elevation Cycles – which operates four stores in the metro area – said about three-quarters of the stock they normally carry is readily available.

“But things didn’t rebound in a linear fashion,” Brown said. “So this quarter that’s not readily available, some of these things are still a year away. These things have seeped in over time, so if we were aggressive enough with our purchases when they were available, we have been able to get a lot of these and we still have a decent inventory on a lot of these things, but what I’m ordering right now is out of stock and won’t show up for eight months to a year in some cases.

Brown said Elevation’s inventory of entry-level and high-end bikes is good, but customers will have a harder time finding bikes between $2,000 and $4,000.

“Not all the time, but availability has definitely improved and supply chains have improved overall,” Weir said. “We are seeing many price increases. It’s price increases by manufacturers and then price increases in what they charge us and price fixing for consumers. »

Customers may need to be flexible in what they want when they enter the store, Weir said.

“There may not always be the magazine’s ‘first pick’ or the specific model they’ve decided they want,” Weir said. “I would also suggest customers, if they find something, grab it. We’re not going to see the mentality of waiting for things to come on sale. There just won’t be as many this year. It’s going to be hard to find deals on stuff. I’d say shop around early, and if you find it, grab it.

At Neptune Mountaineering in Boulder, floor manager Tim Dailey said there were still some holes in inventory, but shipments were going better than last year.

“It’s better on every level,” Dailey said. “If I was going to say that one category always lags behind, it’s shoes. I don’t know if it’s because we deal with Italian brands like La Sportiva and Scarpa where we still have gaps in stock and orders are out of stock. But the list of backorders is shrinking. Our buyers have worked very hard to find alternative brands to have inventory of products where we are slim.

Brown at Elevation Cycles and Dan Dwyer of Peak Cycles in Golden say their inventory is better for mountain bikes than road bikes.

“We’ve had great success getting mountain bikes recently from Specialized and Giant,” Dwyer said. “Road bikes, gravel bikes, hybrids and some cross-country bikes have been a little harder to get. It’s not just us, it’s all dealerships in the metro area. We hope that by the end of this year or the beginning of the first quarter of next year, we will start to see a normal distribution of bicycles.

Across the street in Bentgate, Weir said customers should be able to find the products they need, but may not find the specific model or color they prefer. And, they may need to shop around if there are specific products they care about.

“It’s something we’ve heard from a lot of people,” Weir said. “They walk into an REI and don’t find something, but they can find it here or at Wilderness Exchange, one of the smaller stores. So call around if there is a specific thing you want. You may be able to find it.

Subscribe to our weekly newsletter, The Adventurist, to receive outdoor news straight to your inbox.

5 epic summer destinations without a beach