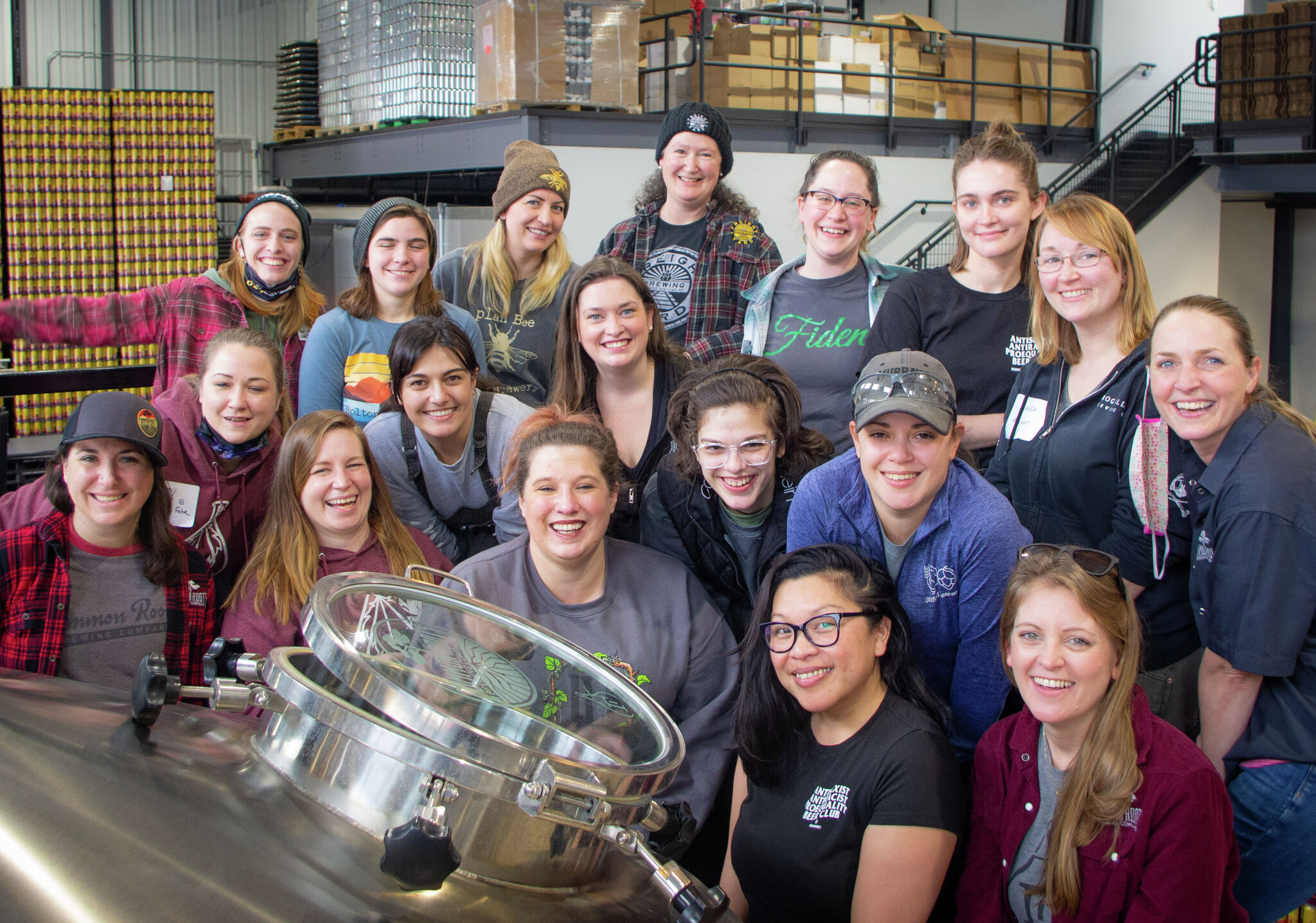 The data confirmed what many in the brewing world had long understood: women’s participation lags far behind that of men. The Brewers Association found that men outnumber women in brewing industry jobs 3 to 1, accounting for 76% of all brewing-related jobs in the US workforce. The numbers are grimmer for women when it comes to brewery ownership: only 2% of the 8,000 breweries in the United States are (fully or partially) owned by women.

“The craft beer industry feels really isolated as a woman,” said Pam Pradachith-Demler, co-founder and CEO of Bound By Fate Brewing in Schuylerville. Lack of access to female mentorship and skill-sharing led Pradachith-Demler to collaborate with Erika Anderson, co-owner and brewer at Unified Beerworks in Malta, and Megan Veltman, media and marketing coordinator for Indian Ladder Farms Cidery and Brewery. in Altamont, to establish an upstate New York chapter of the Pink Boots Society.

Anderson participated in the New York State Brewers Association’s Craft Beer Conference March 2021 panel focused on women in the brewing industry, and “it sparked a new fire under me,” she said. Pink Boots Society is a non-profit organization that helps women advance their brewing careers. It was founded in 2007 and has 1,035 members, according to the organization’s website. New York and Buffalo have chapters, but the rest of the state — from Poughkeepsie to Rochester — falls under Upstate chapter territory. The chapter was launched in July and has 53 members, all of whom identify as women and derive at least some of their income from the brewing business or are students enrolled in a brewing program.

“I think about how the world could be different for me if I had a network that I could reach out to and learn from,” Pradachith-Demler said. “Women are used to working together in society, in maternity and in the professional world. We just needed to create the space.

A riff on the New York State Brewers Association’s motto, “Think NY Drink NY,” 15 members of the Upstate Pink Boots Society from nine beer-related businesses and breweries took part in making beer last month at the Common Roots brewery in Glens Falls. The beer is made from all New York produce with an ABV of 4.7%. All the ingredients have been donated and sales of the beer are benefiting scholarships and educational opportunities for women brewers. The beer is available in cans and at bars at participating breweries and officially launches this week at the NYSBA Craft Beer Conference in Albany, which runs Wednesday through Saturday.

Think Pink Drink Pink is the second collaborative brew for the chapter, as the first was part of the national movement to produce Brave Noise Pale Ale, a beer designed to show support for inclusive and safe workplaces and environments in the brewing industry. The project was launched after Brienne Allan, head brewer and production manager at Notch Brewing in Salem, Mass., posted on Instagram on May 11 about one of the sexiest experiences she’s had at work. Allan asked his followers, “What sexist comments have you come across?” which resulted in thousands of comments and direct messages (many of which were shared by Allan with his permission on his Instagram page) and exposed the rampant sexual harassment that occurs in the brewing industry. Two hundred and forty-five breweries produced Brave Noise, including eight breweries in New York State.

A year earlier, 1,221 breweries from all 50 states (including 42 breweries in New York) and 22 countries were producing Black is Beautiful Stout, a project led by Weathered Souls brewery in Texas in response to the 2020 murder of George Floyd and brutality ongoing police. and civil rights violations.

“There was momentum around other cause-related beers, but not this one,” Pradachitch-Demler said. The lack of support for Brave Noise compared to other projects was an encouragement to grow the chapter.

Other New York chapters have faced backlash, whether from men in the industry or non-binary and female-identifying members of the brewing community, as they believed that a women-only organization perpetuated an “us versus them” gender bias in brewing and stigmatized the people whose chapters were intended to benefit. This experience was not felt by the founders of the Upstate chapter.

“Everyone is very enthusiastic and sees this as an advantage for the breweries. Some were skeptical at first, but they see the benefit,” Veltman told Indian Ladder.

“I think we are lucky in the capital region that there are a lot of men supporting women in the industry. Men are a little jealous of our programs, but we tell them you’ve had all kinds of opportunities to do things that women have never done,” Anderson said.

The secret Swiss workshop that ski fanatics will love

Brand APL shoes on sale with 25% off