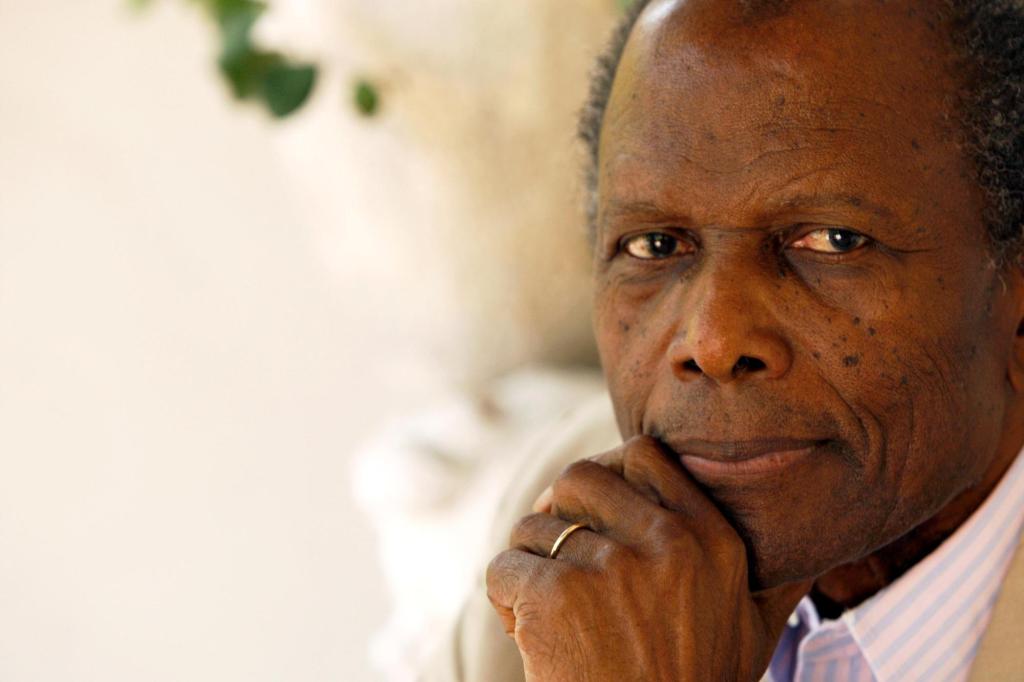 Robinson spoke to the Los Angeles Times about pioneer Poitier’s death last week at the age of 94.

Q: How did you manage to get him into the film?

A: I was such a fan. I knew him a bit at the time and thought the opportunity to work with him was something I couldn’t pass up. I took a picture: I called him and I said, “I have something to send you”, and he said, “Okay”. He didn’t seem in a hurry to get back to work. But he called me later that afternoon and said, “This is one of the most entertaining things I’ve ever read.

I called River (Phoenix, who had played with Poitier in ‘Little Nikita’ in 1988) and said, “Guess what? Sidney Poitier will play Crease! I heard him literally drop the phone and yell, “Mom! Mum! Sidney Poitier is going to be in the film!

A: Everyone improves their game when Sidney is on the board. He was the greatest combination of talent, professionalism, kindness, warmth and class that I have ever encountered. Not only has everyone upped their game professionally; when Sidney was working, everyone was nicer. You would see handles and electricians who normally ran around saying ‘Excuse me’ and being polite – it was a remarkable thing to see.

His character was real. He was truly a brilliantly talented man and a kind and elegant man. One of the things he did, every time I saw him: he said something complimentary to make me feel good. I think he did that with everyone. He liked people and made them feel comfortable. I think it was just his way.

Q: How did he shape his role (Crease, a buttoned-up former CIA agent who had spent many years with the agency before leaving under mysterious circumstances and joining the misfit sneakers)?

A: He was playing the most experienced of the Sneakers – he had had the most official role in his past – he brings that to the set. Robert Redford is there, but there was no one like Sidney Poitier. He had a relationship with Bob’s character, another with River’s — it was more avuncular — and another with Danny (Aykroyd). Danny was playing a conspiracy theorist: I told him, “Sidney plays a very straight guy; drive him crazy!” I think Sidney loved having that foil to play.

Q: Did you maintain a relationship after the film?

A: We saw each other from time to time; we would go to lunch or dinner or I would see him at events. He was always the kindest and warmest man. I think anyone who knew him, it was a gift to be around him. When you look at the roles he played in movies, his range was amazing. Later he played distinguished characters, but at first he was as explosive as any actor who has ever lit up the screen.

Q: When you think of him, what in particular comes to mind? A moment, something he said…?

A: He taught me something wonderful one day. We were talking about his life in this profession. He said, “We dedicate our lives to our work like to a cup. When the work is done, you must fill this cup. And you can’t fill it with work. You must fill it with life. It reinforced in my mind, “Don’t just save yourself for your work. It reminded me, “Take time off, have adventures that have nothing to do with work.” Because that’s what you put in the work. If there’s nothing else, it becomes meta.

He enjoyed spending time with his family, reading, golfing and spending time with friends. He had such a rich life. He was such a great example in so many ways. I feel incredibly lucky to have known him. He’s one of the few people I think of: he wasn’t just a good man; He was a great man.

Police are looking for men of interest in the Penticton homicide