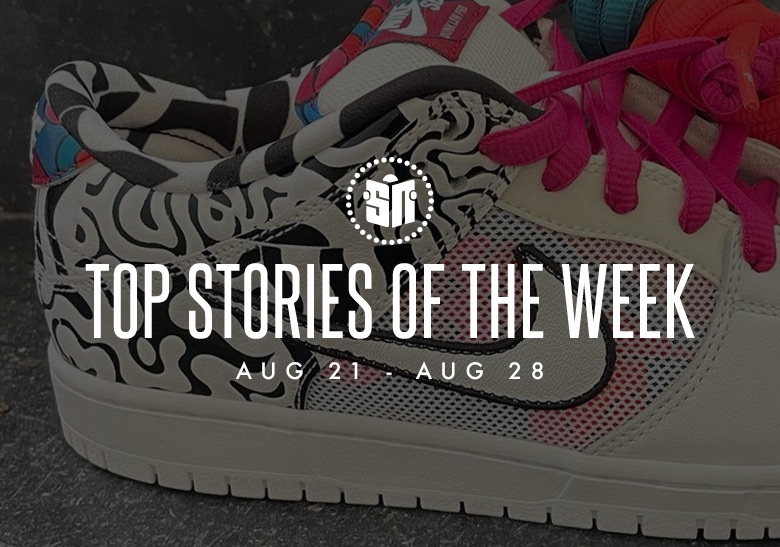 In 1985, Peter Moore designed two of the most iconic sneakers of the modern era: the Air Jordan 1 and the Nike Dunk. Over the past 36 years, both silhouettes have had varying degrees of popularity and attention from NIKE, Inc., with the past three years in particular being among the most successful in the lifespan of the two models. As the end of 2021 draws closer, Michael Jordan’s first signature shoe and its nearly identical counterpart continue to add more compelling styles to their vast lists. “Dark Marina Blue”, “Pink Velvet” and silver are just a few of the tones that have been previewed to arrive soon on Moore’s two designs.

Elsewhere under the NIKE, Inc. banner, LeBron James’ Nike LeBron Witness 6 was unveiled alongside Russell Westbrook’s Jordan Westbrook One Take 3. far from the fact that both basketball sneakers are built to specifications worthy of elite athletes.

Over the past week, the Three Stripes unveiled an extensive collection celebrating 30 years of adidas EQT. Co-created by Robert Strasser and Moore (yes, the one mentioned above), the Equipment line was adidas’ attempt to regain North American market share in the performance footwear space throughout the 1990s. As part of the celebration of the 30th anniversary of the series (dubbed â€œLife Needs Equipmentâ€), the German sportswear institution called on boutiques around the world to reinterpret four of the most iconic EQT proposals. Some of the partners included are atmos, Extra Butter, and Footpatrol.

Although busy with his album and rollout “DONDA”, Kanye West is moving forward with the YEEZYs unveiled earlier in the year. Coming soon: the YEEZY SLIDE â€œGlow Greenâ€.

For a look at all of this and more, check out our top headlines coming August 21-27.