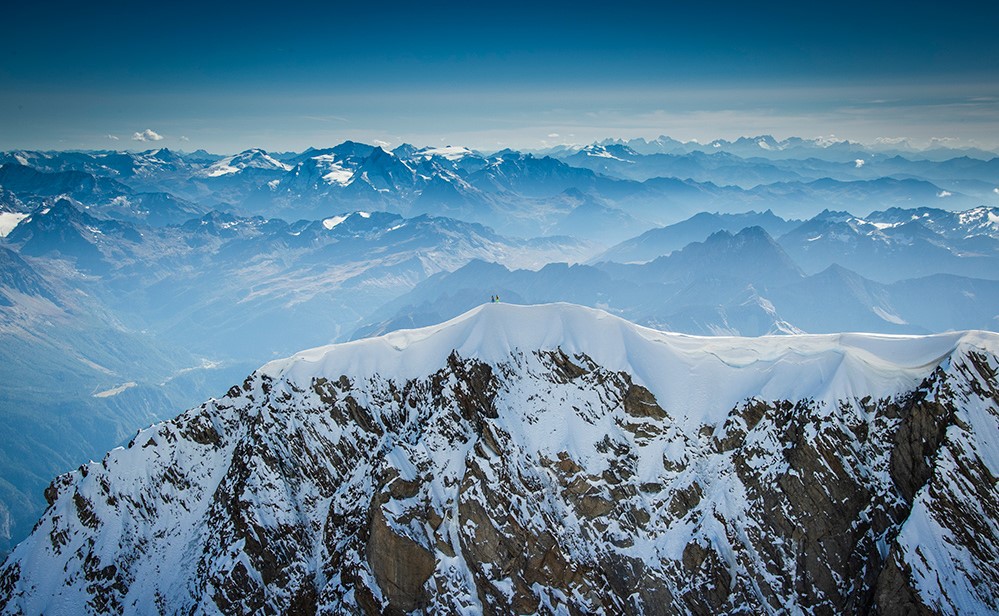 On September 10, Simon Gietl and Roger Schaeli set out on a classic mountaineering challenge: climb the Six Grandes Faces North of the Alps.

Adventurers have been doing this since the 1930s, and while most begin the adventure by putting on their mountain boots, Gietl and Schaeli began by tightening their cycling shoes and checking their tire pressure.

In a down-to-earth approach, the Swiss pair planned to connect the six peaks using only human strength: trekking, cycling or paragliding between each mountain. They called the challenge, succinctly, the North.

The North6 project: long days on the wall and the bike

It is noteworthy that Gietl and Schaeli did not rise to the challenge without support. However, success was far from guaranteed. True, they did the first three routes in just four days, including opting against the Show directions Heckmair for the more difficult Eiger The song of the Swan (7a, 900m). But bad weather forced an unexpected day of rest before attempting the Matterhorn Show directions Schmid (DT). When they climbed it, they reported that the wet and snowy conditions made it much more difficult than they expected.

They immediately set off for the Petit Dru, 140 km away by bike. The cycle route was long and tiring: they cycled 2210 m uphill and 2350 m downhill. Snowy conditions persisted. September 24, Planet Mountain reported that they started on North corridor (ED, 900m) from Dru at 3 a.m. and peaked 17 hours later. A long dark reminder led them to the Refuge de la Charpoua (2,841 m) at 1:30.

“It took us a long time, logically,” Schaeli said. â€œThe first shots were really tough. Fortunately, Simon was very motivated to climb into the dead of night, despite the constant spray at the start. We had to stop several times and wait a few minutes for the snow to clear. “

Paragliding across the Mer de Glace

From there, they paraglided the Mer de Glace towards the Leschaux Refuge below the Grands Jorasses. By analyzing the conditions on the north face from the ground, Schaeli and Gietl realized that their options were limited. The Walker spur and the Macintyre-Colton were out of the question. They concluded that the Shroud route, also called the shroud, gave them their best chance of success.

In short, they have traveled the road. The duo passed the 4,208m of the Grand Jorasses at 3 p.m. on September 27, celebrated briefly and focused on the long descent. They executed it without incident, thus shutting down the books on the staggering North6 Project.

At the top of the Grands Jorasses, 4,208 m. Photo credit: SÃ©verin Karrer

The circle is complete: the Nord6 as a historical expression

Schaeli called the effort “probably my best mountaineering experience ever,” adding that he “wouldn’t have wanted to do this with anyone else!”

In some ways, Gietl and Schaeli’s method represents a complete return to the roots of the challenge. Although many have scored all six peaks over the years, doing it on your own was the only option when climbers started trying it out in the 1930s.

In his autobiography, Summits and Secrets, the legendary Austrian mountaineer Kurt Dienberger remembers having conceived similar projects in the post-war years with his friends: â€œThe Matterhorn!â€¦ We had never been to the Western Alps. We had no money, but we had our dreamsâ€¦ At least the ones we could reach by bike.

Sam Anderson takes on any writing assignment he can talk to while intermittently traveling the American West and Mexico in search of margaritas – er, adventure. He turned a decade of itinerant commercial work into a life of fine-weather rock climbing and trucking before (much to his parents’ relief) finding a way to use his bachelor’s degree in English. Sam loves animals, sleeping outdoors, campfire refreshments, and a good story.

Best things to do in Dubai