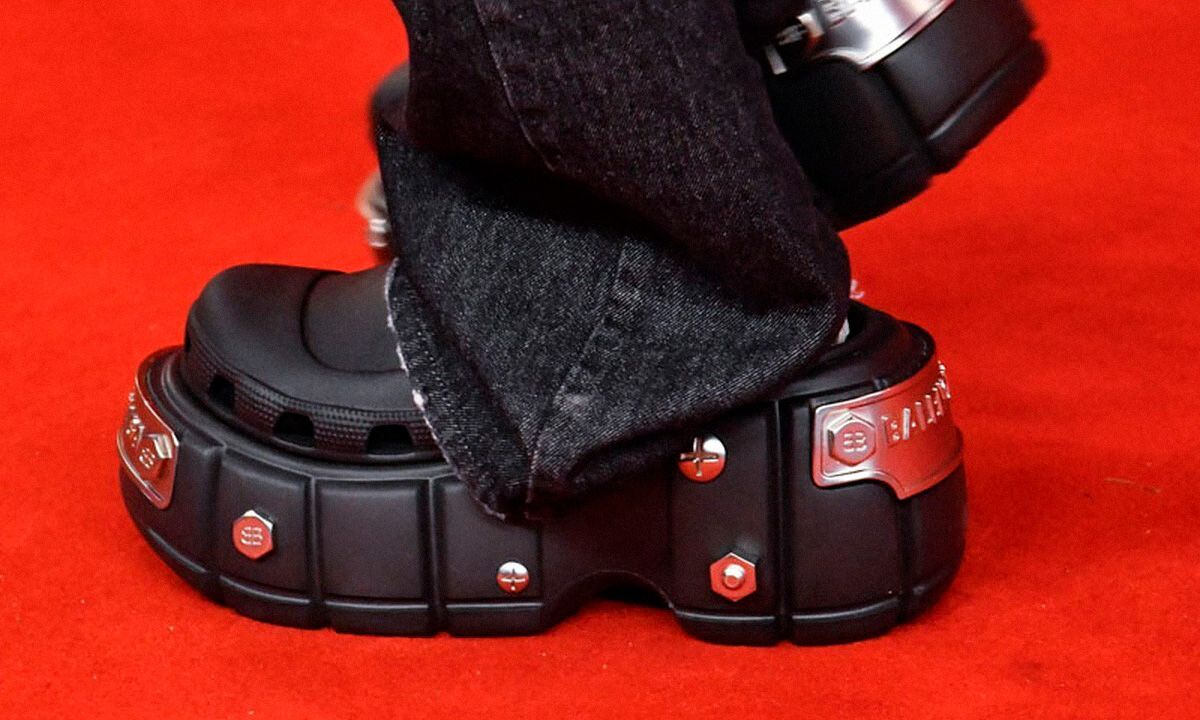 The best sneakers from the show at Fashion Week SS22

Another fashion month has passed. With London, New York, Milan and now Paris behind us, we got a good look at what the brands are planning for the SS22 season. And while there are generally fewer shoes on display at women’s ready-to-wear catwalks than at men’s fashion weeks, shoes (and especially sneakers) have always played an important role.

Big luxury brands, such as Balenciaga, Givenchy, Fendi and Versace have all come up with interesting shoes, while brands with a slightly smaller profile, such as Auralee, also showcased the latest and greatest in their shoe portfolios. . To make things easier and to sort out all the noise, we’re on hand to bring together the best, most WTF and most remarkable sneakers on display.

Scroll through our roundup below for the best sneakers unveiled during SS22 Women’s Ready-to-Wear Fashion Week.

Discover the best sneakers from Fashion Week SS22 below

COMME DES GARÃ‡ONS and Salomon first teamed up earlier this year, when the pair’s avant-garde collection was finally available to the public. Now the two brands are teaming up again for SS22, presenting a line of sneakers featuring the signature grayscale colourway of the first. While the initial collaboration was a little more wild, it looks like SS22 will feature shoes that are a little more focused on functionality and performance than the first drop.

Saint Batman! For SS22, Lanvin teamed up with DC Comics and added Batman and Cat Woman footage to their most popular sneaker to date, the Curb. The collaboration gives us distinct Jeremy Scott x adidas vibes, and we don’t know if that’s a good thing or not. Either way, Lanvin is all about the comics next season. You heard it here the first time.

What about Balenciaga’s SS22 collection that hasn’t been said or written yet? The shoes are crazy and guaranteed to break your neck if you dare to wear them in public. Seriously, there isn’t a single sneaker that can be considered “normal”. But that’s the point.

Matthew M Williams has grown steadily as Creative Director of Givenchy. This collection does not feature sneakers, but instead, Williams went for chunky boots. Some of them look a bit like Bottega Veneta’s Puddle Boot, and it’s a style everyone loved, so it’s easy to imagine this collection being a hit.

Maison Margiela also did not have sneakers in its show. The most notable design was the pair above, which looks like a pair of rain boots with the top cut off – literally. It looks like the sole of a wellington, with no top and two straps hold it together. Dare we call it: rain boots sandals?

Yohji Yamamoto’s show was predictably dark. The centerpiece of this collection was the designer’s redesign of his XVessel collaboration, which features a BOA lacing system and XVessel’s signature cutout sole.

Auralee probably released the second most popular New Balance 550 collaboration (after AimÃ© Leon Dore, of course), so we were very happy to see the brand showcase a range of tonal 2002Rs. The 2002R quickly became one of New Balance’s most popular silhouettes, thanks to its collaborations with Salehe Bembury, as well as its supreme comfort.

Valentino’s Knit Trainer is probably one of the most eye-catching sneakers around, which is why the reworked version that was on the model’s feet during the brand’s runway brings us so much joy. The sneaker takes a maximalist approach to knit uppers, almost parodying sportswear brands like Nike and adidas.

Fendace was both the biggest ad of Fashion Month and the most boring. It seemed like an instinctive reaction to last season’s Balenciaga x Gucci, and the product was particularly showy – even by Fendi and Versace standards. The only notable sneaker here is the co-branded Trigreca.

Balmain hasn’t been a real factor in the footwear world for quite some time, but the brand’s latest slides may be about to change that. The slides are absolutely ridiculous and it looks like you are stepping on chewed gum. They look comfortable, although difficult to get over. Time will tell if these slides can change the tide for Balmain.

TAKAHIROMIYASHITATHESOLOIST presented a preview of a pair of Vibram FiveFingers all-leather shoes. The Italian company has worked with Suicoke and other brands on the figure in the past, and it now appears to be opening its collaborative doors to other designers. TAKAHIROMIYASHITATHESOLOIST’s point of view is interesting because the shoe is designed to mimic barefoot walking and the dexterity of your foot and toes. A leather construction makes this slightly redundant.

sunnei has been killing its sneaker models for some time. Underestimated by many, totally unknown by some, this brand is one to watch for in the near future, as the sneakers presented at RTW SS22 proved. Slip-on sneakers are the name of the game for sunnei, and two have stood out among the rest. The first pair appears to have a neoprene upper with a studded outsole, while the second is a platform ballerina that plays with the juxtaposition of a huge sole and a tiny upper.

Can’t wait for SS22? Buy our selection of sneakers at Highsnobiety Shop below

To stay up to date with all the happening in the sneaker world, check out the best sneakers to add to your rotation this week, follow @highsnobietysneakers on Instagram and sign up for our newsletter for early access to the best drops sent straight to. your inbox.