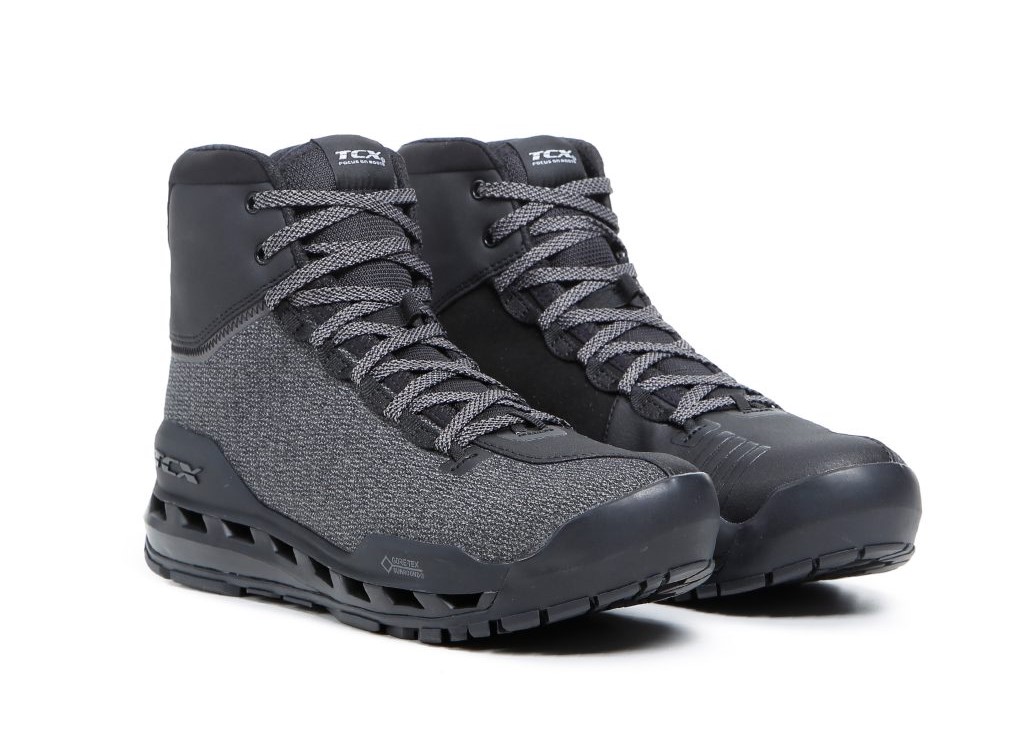 The new Climatrek riding boot from TCX is also effective…

TCX has announced the addition of a new boot to its roster: the Climatrek Surround Gore-Tex.

The goal of the Climatrek Surround Gore-Tex, according to TCX, is to bring the security of a riding boot to the comfort of a walking boot.

To do this, TCX designed the Climatrek Surround Gore-Tex “ventilation grid and innovative side openings”, to mean that “the boots promise cyclists dry and comfortable feet, whatever the weather”, according to a press release. from TCX.

The Climatrek is not just a boot for riding. According to TCX, it is also suitable for “light trekking”, beneficial if you’ve gone on an adventure and have arrived at a place that you want to explore in more detail, away from the bike.

TCX’s new boot also includes CE-approved protection for the lower leg (specifically the shin and malleolus), “as well as toe and heel reinforcements.”

About the comfort of the Climatrek, TCX says, “Comfort is a priority for the Climatrek Surround Gore-Tex boots with the cushioned EVA midsole, along with the Ortholite sockliner that provides long-lasting cushioning.”

They continue: “Built with high tenacity and synthetic materials, the new TCX boots offer maximum breathability and waterproofing thanks to their Gore-Tex Extended Comfort membrane.”

There is also a new rubber outsole on the boot, called “Groundtrax”, designed for hiking, light off-roading and walking on rough terrain.