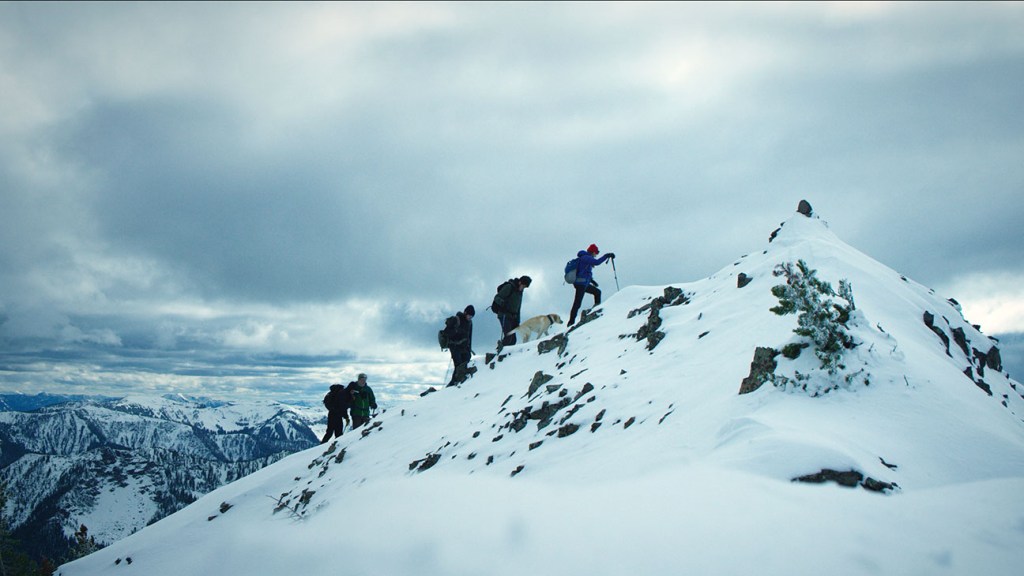 Did you plan a modern adaptation of Hamlet, this could be an attractive approach for our post-Free solo era: Hamlet’s father is a mountaineer, with Claudius as a less vaunted assistant. Fed up with playing the king’s second violin, Claudius stages an avalanche then returns home and quickly marries the king’s wife. Hamlet, struck with grief, decides to produce a documentary on his father’s death to torment his mother for her remarriage too early and in the hope of getting Claudius to confess. Misadventures ensue and Hamlet learns a valuable lesson in revenge and convents.

This is not exactly the story of Max Lowe’s documentary Torn up, but in some ways it’s weirdly close. One can easily imagine all the ways Torn up could have become something sensationalist and vulgar. Instead, it’s a family drama that, rather than exploiting its jaw-dropping twists, aims for something more contemplative and much more emotional. Torn up is not a terrifying thriller to watch on the big screen at all costs as Free solo, but it is almost guaranteed to make you cry in the end, and it especially deserves this answer.

Alex Lowe was one of the world’s most famous mountaineers, and part of the catchphrase that won him news stories and magazine covers was that he would take on death-defying adventures and then return home with his wife. , Jenni, and their three children. In 1999, Alex and his best friend and climbing partner, Conrad Anker, were on the Himalayan peak of Mount Shishapangma when an avalanche hit. Fleeing, Conrad went one way and survived. Alex and the expedition photographer, David Bridges, went to each other and got lost.

Soon after – though too long for funeral baked meats to coolly furnish wedding tables – Conrad married Jenni, making him the only father Alex’s younger sons, Sam and Isaac, remember. The eldest son Max, however, was 10 when Alex went missing. After carving out a career as a globetrotter photographer and director of short films and commercials, Max decided to turn his camera towards his family, even as several of his subjects warned him that if he launched this investigation, he might not like what he guesses.

Let’s say it very, very, very clearly: Conrad Anker is not Claudius, and Max Lowe’s goal is not to stage a play where he catches the king’s conscience. The film attempts to understand his father and the very unusual origins of the Lowe-Anker clan, and not necessarily in the simplest or most polished way possible. Max idolized his father, but he very clearly harbored some resentment that the lure of the mountains was greater than the lure of domesticity. At the same time, he respects Conrad and understands that, to his two siblings, Conrad is a dad and Alex is just “Alex”.

What Max has are pent-up questions, questions no 11-year-old would ever ask their mother and new stepfather. And the questions he asks himself are probably the same as any viewer will ask themselves after reading the description of the documentary, let alone watching the first 15 minutes. So Max is sitting across from Jenni and Conrad – separately, no possibility of conspiring here – and sprinkles them with uncomfortable questions. Sometimes they have answers. Sometimes they are evasive. Sometimes they can’t articulate the answers. And sometimes they flip the questions over to Max. No matter who is put in the spotlight, Max is content to let the camera keep rolling despite the wiggling or the uncertainty.

Max is, as the title of the documentary suggests, torn. How could he not be? It is an inconceivable situation for almost everyone. Jenni is torn between feeling that she betrayed the father of her children and the desire not to paint Alex as some kind of saint just because he died. Conrad is torn between the astonishing gratitude for this second chance at life and the guilt of the survivor. Max’s siblings are torn between the comforts of the one life they truly remember and a figure who, in his absence, has achieved legendary status.

Nothing in Torn up is clean or easy, but Max treats the mess with surprising restraint on every level. As an interviewer, he doesn’t literally raise his voice, and as a filmmaker, he doesn’t let his frustration or inner conflict manifest through conflicted editing or the pushing musical choices of Danny Benji and Saunder Jurriaans.

While the backdrop to the story is a daredevil explorer and hapless Himalayan peak, and although Lowe’s training is in photography, he doesn’t follow the recent genre path – see Meru, the Oscar winner Free solo or the next one The mountaineer – to treat this film as dizzying porn. Yes, the photography is beautiful at times, including plenty of archival material from Alex’s various expeditions, but the documentary feels as much at home in a warmly-lit kitchen in Bozeman, MT, as it does when leaving the Mount Shishapangma base camp. While there may be a moment or two when you’d want to look away – Max seeing his dad’s latest videos is heartbreaking, that’s for sure – the highest peaks of Torn up are heights of intimacy.

This is not a review of a documentary like Free solo (Where The mountaineer). There is a technical virtuosity in these films which Torn up It just doesn’t suck, and it will work just as well on your TV as it does in a movie theater. Yet it’s a different kind of courage to make a film that leaves behind the adrenaline rush of ascension and focuses on a remarkable story built around the very mundane and universal experiences of grieving, healing and suffering. putting one foot in front of the other, whether you are wearing mountaineering crampons or tennis shoes.

Sorel boots are discounted just in time for fall