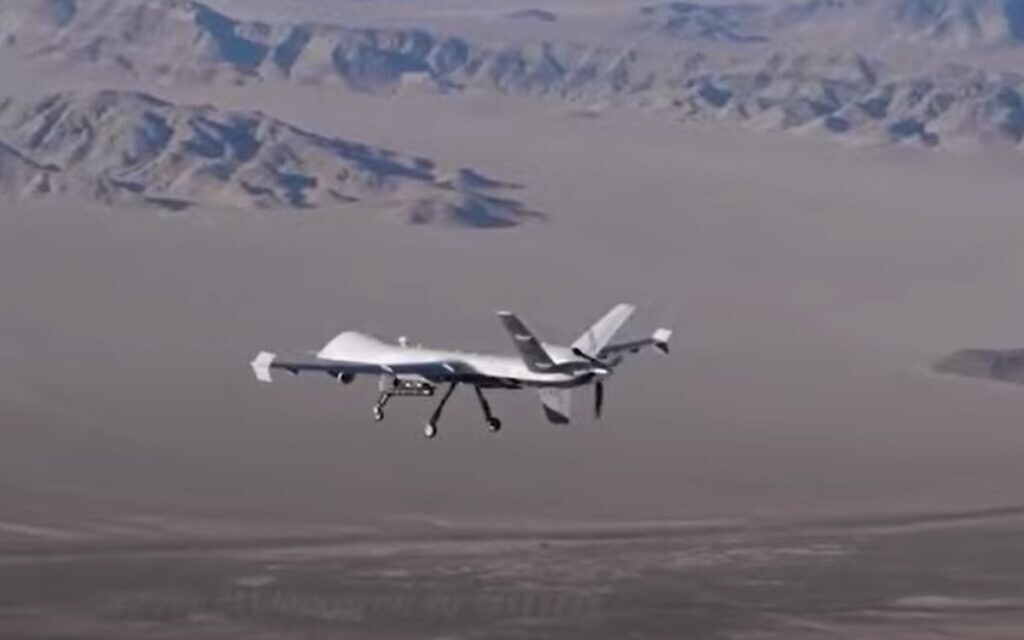 Ukraine on Friday slammed Iran for supplying attack drones to the Russian military and announced it was taking diplomatic action against the Islamic Republic, revoking its ambassador’s accreditation and ordering a significant reduction in embassy staff.

In a statement, the Foreign Ministry in Kyiv said that “supplying Russia with weapons to wage war on Ukraine is a hostile act that deals a serious blow to relations between Ukraine and Iran.”

Earlier in the day, Ukraine said a civilian had been killed in a Russian attack on the southern port city of Odessa that featured an Iranian-made drone.

A spokesperson for Ukrainian President Volodymyr Zelensky, Sergii Nykyforov, wrote on Facebook: “The use of Iranian-made weapons by Russian troops…are measures taken by Iran against the sovereignty and territorial integrity of our State, as well as against life and health. Ukrainian citizens.

Meanwhile, Ukraine’s Defense Ministry tweeted that Tehran was now a supporter of “Russian Nazism and the killing of peaceful citizens”.

He added that the army destroyed six Iranian suicide drones on Friday, including images of one of these shots.

In 1943 Tehran became a place of hope for a new life without Nazism.
In 2022, fundamentalist Tehran has become a place that supports Russian Nazism and the killing of peaceful citizens.
Today, #UAarmy destroyed 6 Russian kamikaze drones supplied by Iran. pic.twitter.com/yAtukFo2q1

US intelligence services publicly warned in July that Tehran planned to send hundreds of bomb-carrying drones to Russia to aid in its war against Ukraine. While Iran initially denied it, the leader of the paramilitary Revolutionary Guards has boasted in recent days of arming the world’s greatest powers.

Earlier this month, a Ukrainian military official, as well as a pro-Ukrainian military website closely associated with the military, posted images of the wreckage of what they said was a Iranian drone shot down. It looked like an Iranian-piloted triangle or delta-shaped drone known as a Shahed, or “witness” in Farsi.

Iran has several versions of the Shahed, which flew over a US aircraft carrier in the Persian Gulf, was used by Iranian-backed rebels in Yemen, attacked oil depots in Saudi Arabia and reportedly killed two sailors in aboard an oil tanker off Oman in 2021. The triangle-shaped Shahed is believed to have a range of around 2,000 kilometers (1,240 miles), although Iran provided few details.

Experts refer to these bomb-carrying drones as “floating munitions.” The drone flies to a destination, presumably programmed before its flight, and explodes in the air above the target or upon impact against it.

Iran has moved closer to Russia as it faces crushing sanctions following the collapse of the nuclear deal in 2018 after then-US President Donald Trump unilaterally stepped down of the agreement. Negotiations over the deal, which saw Iran limit its uranium enrichment in exchange for the lifting of sanctions, again appear to be deadlocked.

Ukraine and Iran also have strained relations, as Iran’s Revolutionary Guards shot down a Ukrainian airliner in 2020, killing all 176 people on board.

You are a dedicated reader


We’re really glad you read X Articles from The Times of Israel over the past month.

That’s why we started The Times of Israel ten years ago – to provide discerning readers like you with must-read coverage of Israel and the Jewish world.

So now we have a request. Unlike other media, we don’t have a paywall in place. But since the journalism we do is expensive, we invite readers to whom The Times of Israel has become important to support our work by joining The Times of Israel community.

For just $6 a month, you can help support our quality journalism while benefiting from The Times of Israel WITHOUT ADVERTISINGas well as access Exclusive Content only available to members of the Times of Israel community.

Thanks,
David Horovitz, founding editor of The Times of Israel