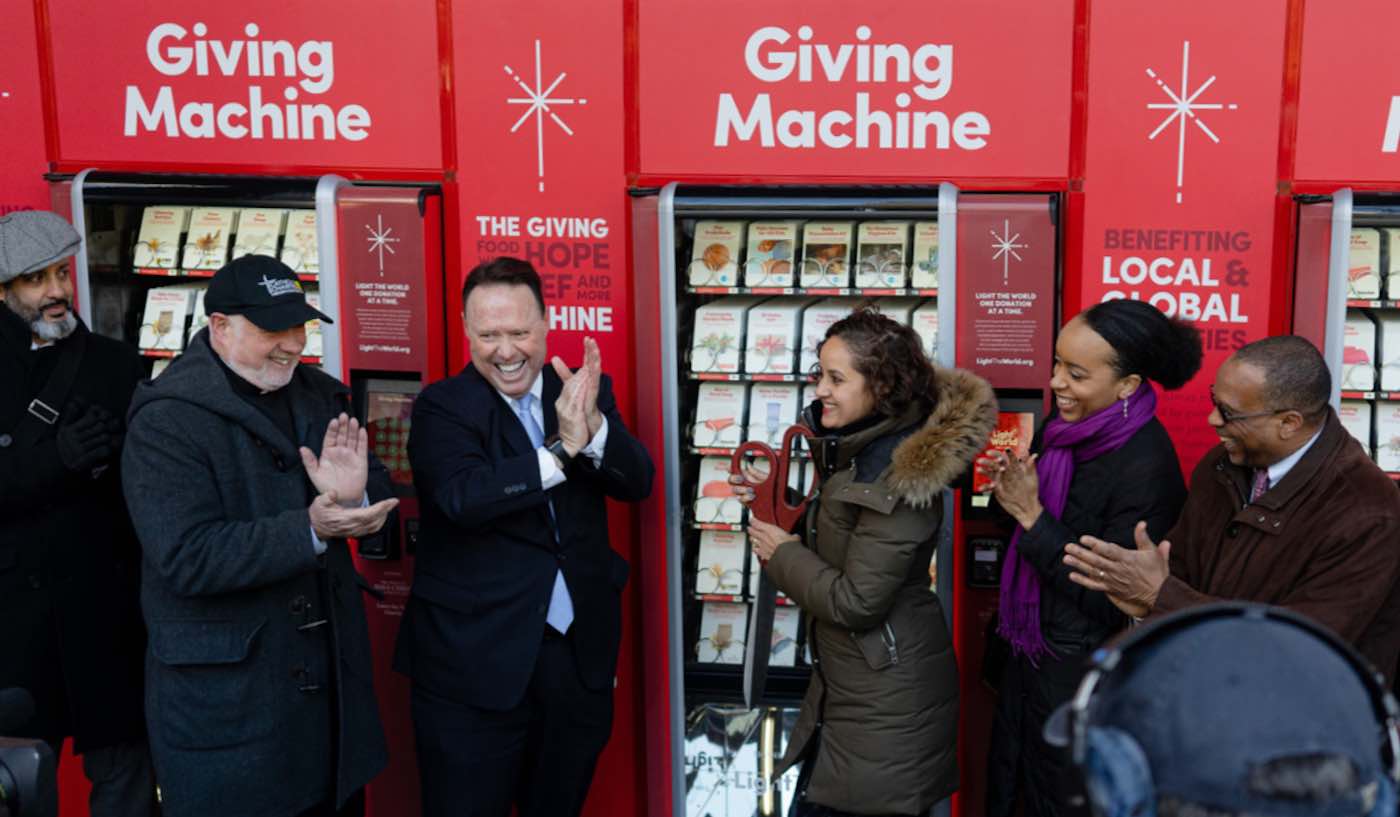 Speaking to impulse donors to satisfy their selfless impulses, they can use the vending machine to buy anything from a single goat or two chickens to the provision of a household cleaning kit, polio vaccines or even a day at Yankee Stadium for an orphaned teenager.

When donors make their credit card purchase, the Giving Machine distributes a postcard with a picture and description of their donation.

Of the 10 cities with vending machines nationwide, one will be located at New York’s Rockefeller Center, just south of its famous Christmas tree. The machine will kick off on Tuesday, November 30 – the day known as â€œGiving Tuesdayâ€ – with speeches from people from UNICEF, WaterAid, UNHCR, CARE, the Mariano Rivera Foundation and other organizations. charities.

The first ever-installed donation machine opened in 2017 in Salt Lake City, Utah, home of the sponsoring organization, The Church of Jesus Christ of Latter-day Saints.

POPULAR: After Senior got no Trick-or-Treaters candy, the kids came back with gifts for her

The Utah pilot program has been impressive, bringing in donations totaling over half a million dollars. A year later, the response was even stronger, with more than $ 2.3 million disbursed through a total of 92,190 Giving Machine transactions.

In 2019, the program expanded and donations exceeded $ 6.2 million, with two locations outside the United States that year: in the Philippine capital and in London.

After being cut short in 2020 due to COVID, the Giving Machines are back, in ten different U.S. cities, with the sponsoring church covering all administrative costs for that campaign so that 100% of every donation goes to every charity.

The machines will launch on the following dates in these cities and will remain operational throughout the Christmas season:

The Giving Machines will offer more than two dozen choices of charity initiatives and items to buy, including:

In 2019, a total of 255,814 items were purchased at ten Giving Machine stores around the world. The five most purchased items were:

The Latter-day Saint Charities nonprofit’s annual #LightTheWorld holiday initiative is “an invitation to all to make the most of the Christmas season by giving, one person at a time – in homes, in communities and around the world “.

DONATE this brilliant inspiration on social media to toast # GivingTuesdayâ€¦