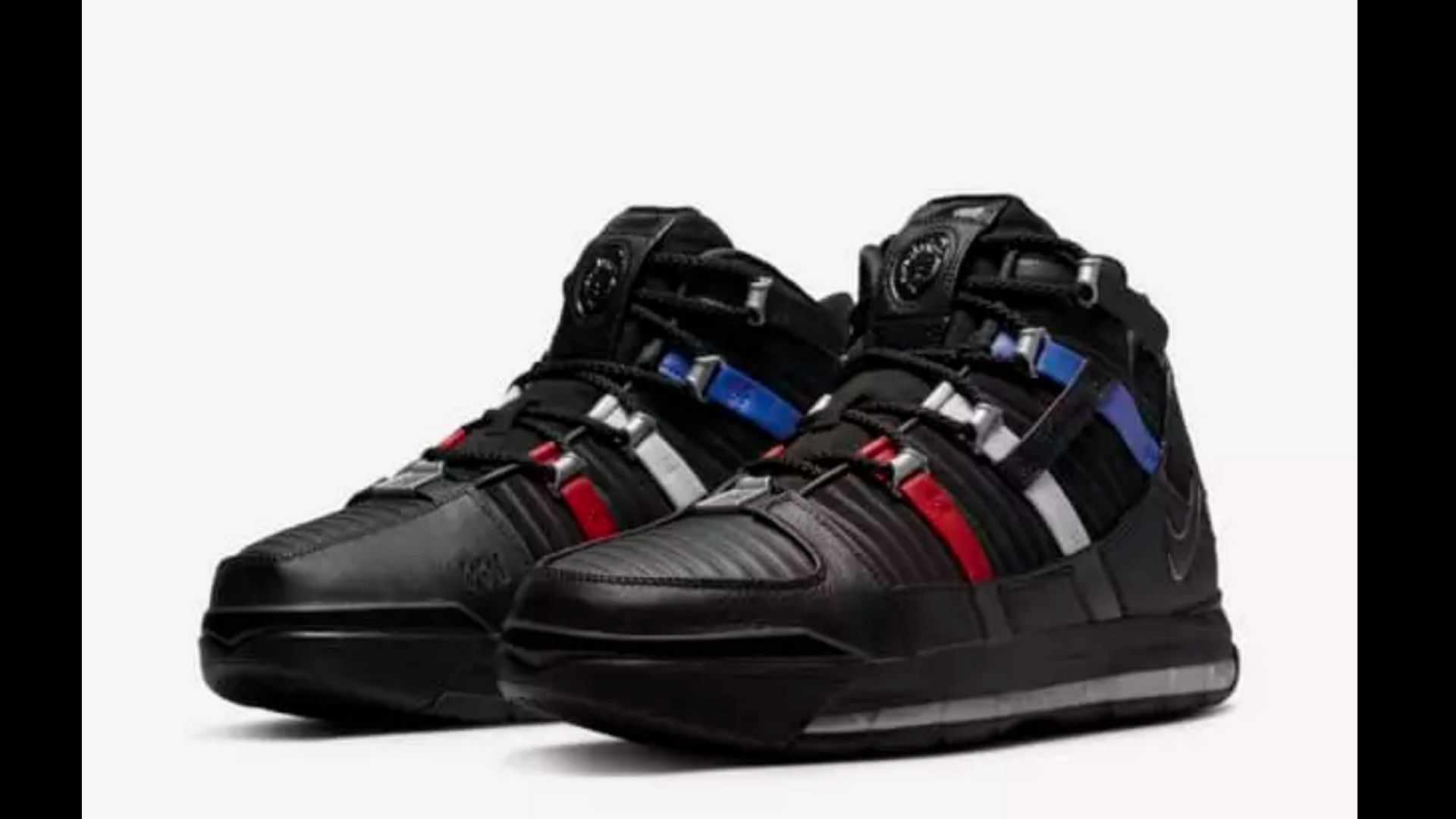 LeBron James and Nike are gearing up for a new addition to their streak with the 20th signature silhouette. Before it hits shelves, the label is taking a look back at its previous models with the resurrection of the Zoom LeBron 3.

The collaboration between the sports powerhouses shows the love for previous models with the release of Zoom LeBron 3 dressed in a “Barbershop” colorway.

The Barbershop colorway is a nod to King James, his hometown and his family. The Zoom LeBron 3 Barbershop sneakers are set to launch on the label’s official e-commerce site at the swoosh and at select retailers on July 13 for a retail price of $185.

NBA legend LeBron James’ HBO TV series, dubbed The shopbecame a massive hit, and as the show is set to create a brand new season with King James, the label at the swoosh is helping to celebrate the show’s extended success.

The series features King James sitting in a barbershop and chatting with guest celebrities and his friends. He officially gets his own signature colorway from the host himself.

The LeBron 3 “Barbershop” is planned for July

The LeBron 3 “Barbershop” is scheduled for July💈 https://t.co/lUOPBhdysh

The Barbershop colorway features a black upper with blue, white, and red stripe accents. The all black top base has white, red and blue colored leather straps attached to the eyelets. More colors are added, with the silver metallic tint on the zoom unit.

On the medial side of the sneaker’s forefoot, a “BBZ” lettering appears written in black color, a reference to James’ children. The letters represent Bronny, Bryce and Zhuri.

The shoes’ sock liners feature a subtle detail of blue, white and red, which is a nod to The Barbershop.

Soft leather materials are added to the mix with an array of striped textures on the ankle collar and toe box of the sneakers. The sneaker’s outer heel features a titled Swoosh logo.

More detail is added with the addition of Akton’s 330 area code, found on the medial sides of the shoe.

The midsoles of the sneaker are a black theme with a silver-colored feature in the middle of the sole. Overall, they look impeccable and can appeal to basketball and King James fans.

The signature Nike LeBron shoes will reach their staggering twentieth model this year; thus, the label focuses on its retro product. For 2022, the swoosh label has taken a look at the LeBron 9 which took the podium, while LeBron 2 will be making a big comeback with multiple colorways on the way.

Now, with the upcoming Barbershop, the swoosh brand may also release a few LeBron 3 colorways. The Nike Zoom LeBron 3 Barbershop is set to drop on the label’s official e-commerce site on July 13th for $185.

In other news, Nike released a pack of LeBron 19 Lebronival boots on July 1st.