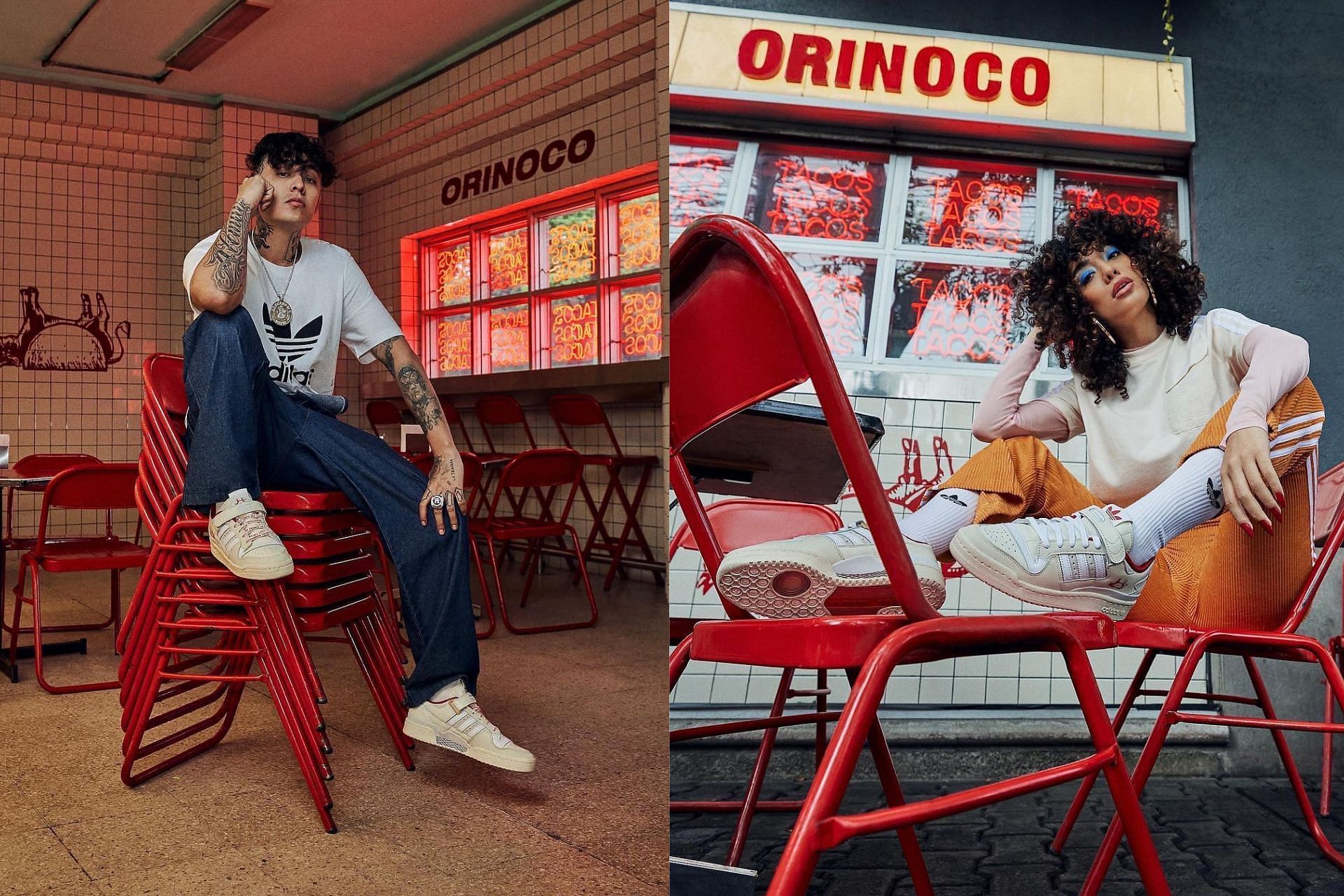 Adidas is collaborating with Mexican restaurant Taqueria Orinoco for a new makeover of the Adidas Forum Low sneakers. The collaborative silhouette will be released as part of the Adilicious City pack, highlighting some of the best culinary spots around the world.

The silhouette comes after the release of the Cuts & Slices Forum 84 Hi sneakers from New York and the Kolam Campus 80 sneakers from Paris. The Taqueria Orinoco x Adidas Forum Low sneakers are set to launch on the official Adidas Mexico e-commerce site, CONFIRMED app and select retailers on November 17, 2022.

After collaborating with Balenciaga to launch a multi-shoe, apparel and accessories collection, Adidas took to Instagram to announce its next venture with Taqueria Orinoco. The caption said,

The collaboration is part of the Adilicious series, which has previously worked with Berlin’s 027, Dubai’s Ravi Restaurant, Shanghai’s Yanwai Restaurant and Tokyo’s Bloody Angle Cafe, among others.

The newest addition to this list, Taqueria Orinoco, is a local Mexican restaurant known for being a go-to nighttime taco spot.

The shoes come dressed in a White colourway. The upper part of the silhouette is made of leather, coated in a creamy white hue inspired by the iconic white-walled interiors of the Taqueria Orinoco. The white hue contrasts with bright red accents on the sock liners and branding details.

The sneakers also feature interchangeable laces that have the printed names of some of the restaurant’s most popular items.

The design ties into tonal midsoles and outsoles, which come packaged in a custom shoebox. The design comes with a free detachable keychain. The midsoles also feature another branding detail on the sail midsoles. Thus, the design of the shoe is reminiscent of the restaurant interior and delicacies.

The Adilicious pack includes 11 silhouettes in collaboration with 11 restaurants around the world. Through the Adilicious pack, the Three Stripes label shines a light on authentic culinary stories and the people behind them.

The Taqueria Orinoco x Adidas Forum Low sneaker is set to release on the official Adidas Mexico e-commerce site, CONFIRMED app and select retailers on November 17, 2022. At the time of writing, pricing details for the sneakers weren’t revealed by any of the labels involved.